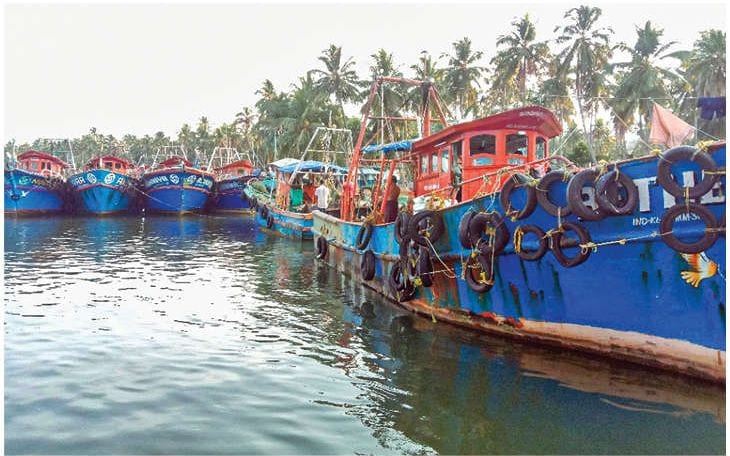 Chavakkad: Many boat owners in Kerala are facing crisis as buying new boats or renewing license is not an easy option for them.

They neither have lakhs to buy new boats nor could manage funds to complete maintenance of their existing boats, so as to comply with fisheries department’s license renewal regulations. The ground reality is that half of fishing boat owners in the state are operating without license.

Fisheries department is scrutinizing whether the state government’s mandate on operational validity of boats are properly followed. The department is dismissing the renewal requests if boats do not comply with required formalities.

Though the order on limiting operational validity was issued two years before, the fisheries department until last year used to allow license renewal.

According to official records of the department, more than half of the fishing boats have expired their respective operational validity period and are aging.

As of now the fishermen are not restricted even if their license is not renewed. But they are a worried lot because they get insurance coverage only if license is valid. If authorities like Coast Guard intervene for verification, then punitive procedures can be expected.

“Until last year they allowed renewal of license. However, this year fisheries authorities informed that renewal cannot be done,” says Basheer of Chavakkad’s Munakkakadavu. Basheer says the cost of the boat was Rs 11 lakhs. Buying new boat will cost around Rs 40 lakhs. According to Basheer, people like him cannot afford that.

Most of the boat owners in Kerala share the same plight of Basheer. Kerala Fishing Boat Operators Association state president Mathias Peter said that licenses are not getting renewed as the fishers are just commoners.

Meanwhile, fisheries department deputy director M.Thajudeen informed that the order concerned has been issued for the safety of people involved in the occupation.

Afghan national stranded abroad without visa for 2 yrs, family awaits in TVM for his return