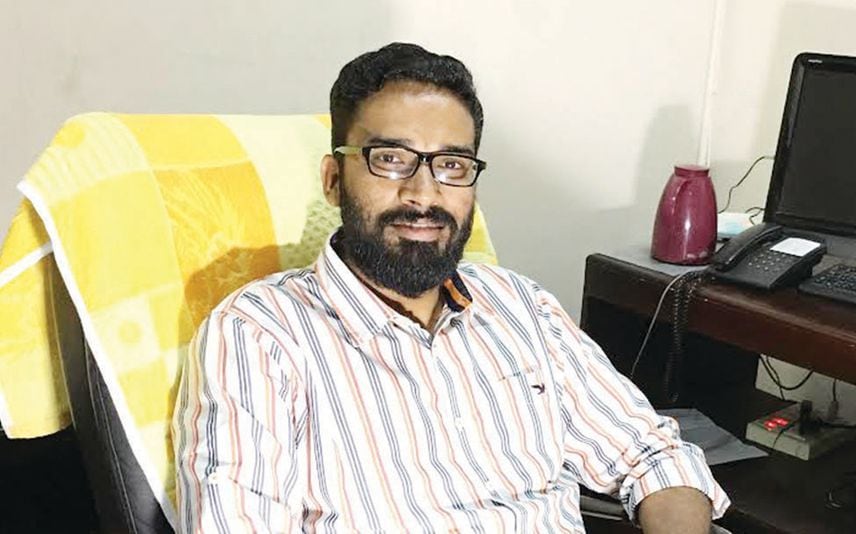 Kozhikode: Kerala Muslim Jamaat held a protest rally against the appointment of Sriram Venkitaraman, accused in the death of journalist KM Bashir, as Alappuzha District Collector.

Venkitaraman assumed the office on July 26. Demonstrators have asked the state government to revoke the appointment. The protest was conducted under the leadership of the Kerala Muslim Jamaat which is led by the Kanthapuram wing. The organization held protest rallies at district centres at 10.30 am. The march was organized in front of the secretariat in Thiruvananthapuram and to collectorates in other districts of Kerala.

Other forums and organizations of the state have also expressed solidarity with the protest. The Indian Cultural Forum (ICF) will hold protest rallies at 65 centres in different states tonight.

Earlier on Monday, Congress also staged a dharna in front of the District Collectorate to protest the appointment of Venkitaraman as DM of Alappuzha.

Venkitaraman, currently serving as Joint Secretary, Health and Family Welfare, is accused of his role in the alleged death of journalist K.M Basheer in 2019. In the same case, Venkitaraman has been charge-sheeted for alcohol-impaired driving and trying to distort the evidence.

The IAS officer, Venkitaraman, was returning from a party and was accompanied by a friend when the deadly accident of K.M. Bashir had taken place. The police had registered a case under Section 279 (for reckless driving) and 304 (for culpable homicide not amounting to murder) of the Indian Penal Code.

35-year-old K.M Basheer was bureau chief of Siraj Daily which is published by AP Samastha fraction whose mother organization is Kerala Muslim Jamaat. Organisation State secretary Majeed Kakkad had started the march. March happened in the state secretariat and all district collectorates of Kerala.