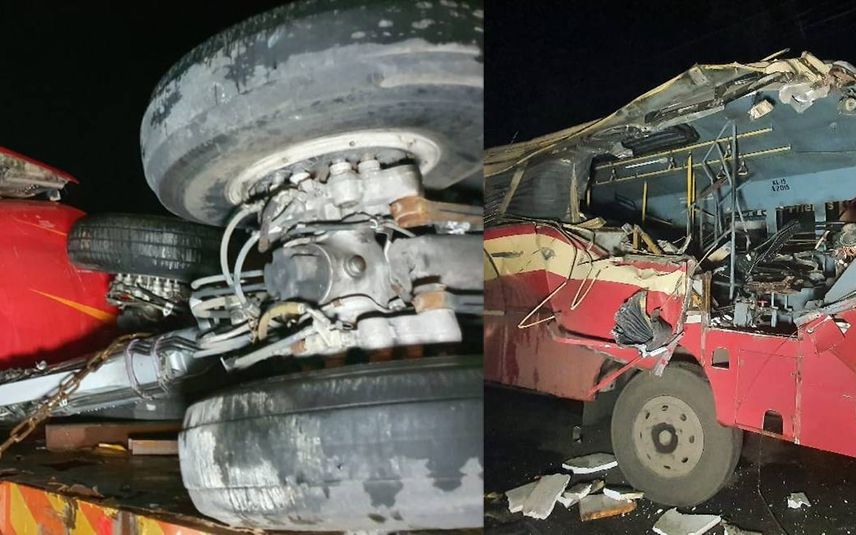 Images from the accident spot

Thiruvananthapuram: Several people were injured as the wing of an aeroplane that was being transported on a trailer crashed into a KSRTC bus. The incident occurred near Balaramapuram junction on Wednesday morning. According to reports, over five people, including the KSRTC bus driver, were taken to the hospital. For several hours after the accident, the national highway experienced a traffic jam.

The trailer was taking the wings and other parts of the aeroplane to Hyderabad. The front portion of the bus was completely destroyed in the crash.

The plane that crashed into the bus was an Airbus A320 that was stored near the hangar unit of the Thiruvananthapuram airport since 2018 as it was retired after 30 years of flying. The aeroplane was used by engineering students to study its functioning for the past four years.

After discovering that it can no longer be used for the purpose, authorities decided to sell it for scrap. It was put on auction and Hyderabad resident Joginder Singh bought the aeroplane for Rs 75 lakh. The plane was dismantled and was being taken in four trailers.

The driver of the trailer escaped from the accident spot and the police were unable to move the vehicle. A driver from one of the other trailers later moved the vehicle.