Among the positive cases, 3 are from Malappuram district while 1 each are from Pathanamthitta and Kottayam districts. Out of the new cases, 4 had returned from abroad while the other returned from Chennai. 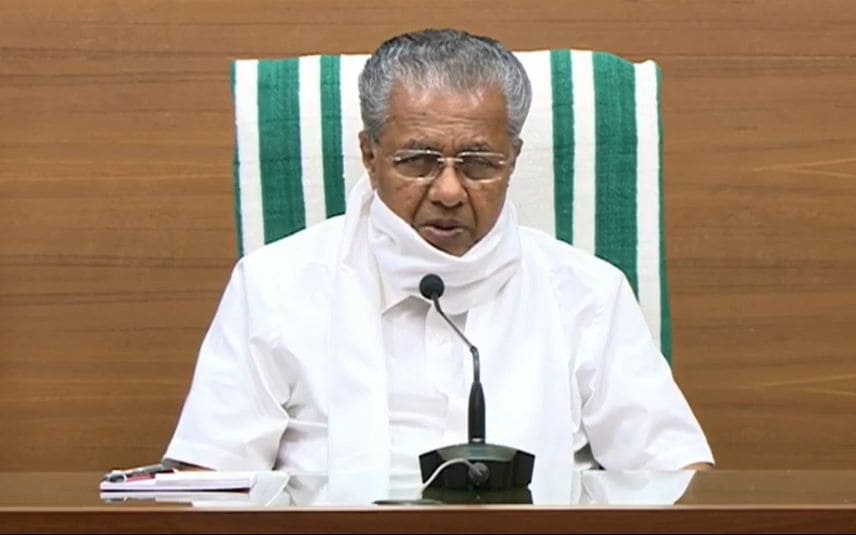 Among the positive cases, 3 are from Malappuram district while 1 each are from Pathanamthitta and Kottayam districts. Out of the new cases, 4 had returned from abroad while the other returned from Chennai.

No patient has recovered from coronavirus on Tuesday while the number of hotspots in the state remained at 34.

Till date 524 persons have tested positive for the disease and 32 are under treatment. There are a total of 31,616 people under observation in the state with 31,143 in houses and 473 in hospitals, the CM added.

95 people were admitted to hospitals on Tuesday. So far, 38,547 samples were sent to the labs for testing out of which 37,727 have been confirmed as negative, he said.

As part of Sentinel Surveillance, 3,914 samples from priority groups including health workers and other state labourers were sent for testing out of which 3,894 results came out negative, Pinarayi Vijayan said.

There are no COVID-19 patients in Thiruvananthapuram, Idukki and Alappuzha districts, he added.

"We have entered a new phase as people are coming from outside. It's going to be a challenge. We have found that 70 per cent cases came from outside, and the rest were their contacts. The spread is less than one per cent, and the mortality rate miniscule," he said.

"Home quarantine has been successful in curbing the spread. All must abide by the guidelines. The police will ensure that people follow the rules. Things are not back to the usual. Hence, all should be doubly careful with easing of lockdown," the Chief Minister said.