10 injured in clash at Perambra market over fish sale; Collector directs all to enter quarantine

The video of the incident is doing rounds in social media. 10 people, who were injured in the clash, were admitted to the Taluk hospital. 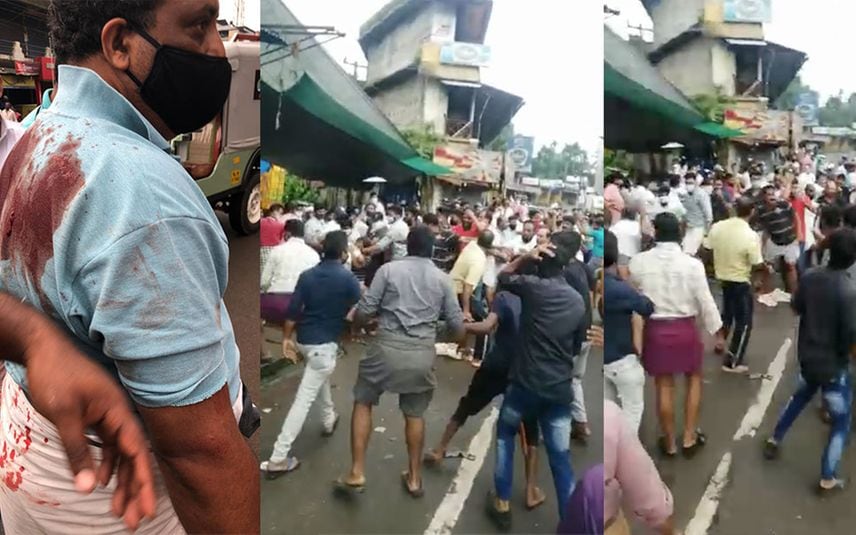 Kozhikode: A dispute regarding sale of fish resulted in clashes between two groups at the Perambra fish market here on Thursday. The dispute between STU (Swathanthra Thozhilali Union) of Muslim League and CITU (Centre of Indian Trade Unions) led to the clash.

The video of the incident is doing rounds on social media. 10 people, who were injured in the clash, were admitted to the Taluk hospital.

UDF has called for a hartal in Perambra over the attack on workers. UDF alleged that the standing committee chairman responsible for maintaining coronavirus protocol had led the 100 people who attacked the workers.

Collector directs everyone to enter quarantine

Kozhikode Collector S. Sambasiva Rao assured to take stringent action against everyone involved in the clash at Perambra fish market.

The district administration has taken the incident very seriously. All those who were present in the area must enter quarantine, the Collector said. They must contact the respective Primary Health Centres and undergo COVID-19 tests after a week, he added.