Saudi Arabia's General Authority of Civil Aviation (GACA) said it was "suspending travel to and from the following countries: (India, Brazil and Argentina) including any person who has been in any of the mentioned countries above in the last 14 days prior to their arrival to the Kingdom". 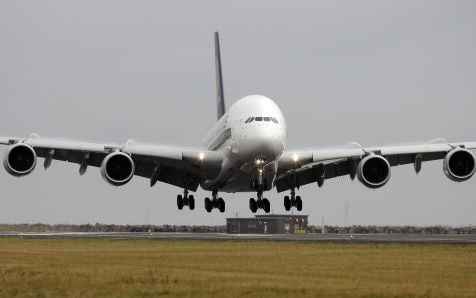 New Delhi: Saudi Arabia has banned flights to and from India from Tuesday amid a surge in coronavirus cases, according to an official document.

In a circular issued on Tuesday, Saudi Arabia's General Authority of Civil Aviation (GACA) said it was "suspending travel to and from the following countries: (India, Brazil and Argentina) including any person who has been in any of the mentioned countries above in the last 14 days prior to their arrival to the Kingdom".

However, it excluded "passengers who have official government invitations”.

The GACA circular -- titled: ‘Suspension of travel to countries where the COVID-19 virus has outbreak’ -- was marked to all the airlines and chartered flight companies operating at the Saudi Arabia's airports.

Five days back, Air India Express had said the Dubai Civil Aviation Authority (DCAA) suspended its flights for 24 hours for bringing two passengers with COVID-positive certificates on August 28 and September 4.

Dubai is the most populous city of the United Arab Emirates (UAE).

According to rules of the UAE government, every passenger travelling from India is required to bring an original COVID-negative certificate of an RT-PCR test done within 96 hours prior to the journey.

Hong Kong has banned Air India flights from Sunday to October 3 after a few passengers on its flight on Friday tested positive for COVID-19 post arrival, a senior government official said on Sunday.

Air India passenger flights were barred from landing in Hong Kong between August 18 and August 31 after 14 passengers on its Delhi-Hong Kong flight of August 14 tested positive for COVID-19 post arrival.

Passengers from India can arrive in Hong Kong only if they have a COVID-19 negative certificate from a test done within 72 hours prior to the journey, according to rules issued by the Hong Kong government in July.

Kolkata: CPM's youth arm DYFI on Monday said that it will hold its 11th four-day national conference from May 12, which will commence with a public meeting ..

New Delhi: The Supreme Court Monday refused to entertain a plea filed by CPM against the demolition drive by South Delhi Municipal Corporation in Shaheen ..