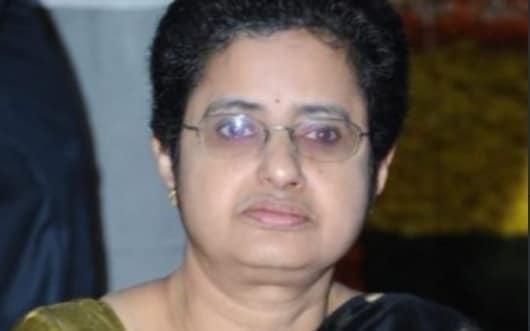 Uma Maheswari's daughter, son-in-law and others broke open the door of the bedroom which was bolted from inside after failing to get a response from her, , a police official said.

They found her hanging from the ceiling fan, he said.

Citing preliminary information, the official said she is suspected to have resorted to the extreme step over depression.

A case under Section 174 of CrPC (Suicide) was registered, police added. PTI