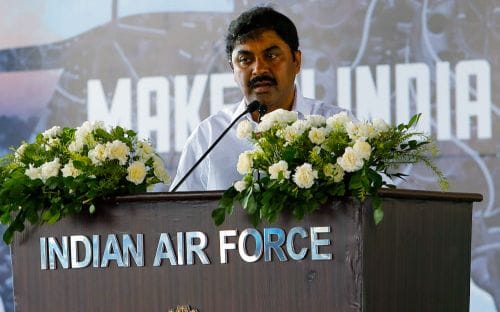 New Delhi: India has achieved "complete self-reliance" in missile technology and the most advanced missiles can now be developed in the country, DRDO chairman G Satheesh Reddy said on Tuesday.

Delivering a lecture during an online event hosted by the JNU, he also asserted that if a country has to become prosperous and 'Atmanirbhar' (self-reliant), "we need to work on advance technology" and that is where the role of academic institutions will come in a "big way".

Reddy recalled the decades of 1980s and 90s in the evolution of the Defence Research and Development Organisation (DRDO) and hailed the role of scientists, including former president APJ Abdul Kalam, known as the 'Missile Man' of India, who worked on missile technologies that provided a "quantum jump" in development of advanced systems and platforms.

"We developed, Prithvi, Agni, Akash, Trishul, Nag under the IGMDP. Agni was also a technology demonstrator for the country in going out of the atmosphere and returning to the atmosphere.

"And, then we joined a select club of countries with ballistic missiles which can intercept an enemy missile and kill it. And, then many more missiles with long-range and more capabilities," he said.

"Today I can confidently say that we are having complete 'Atmanirbharta' in the missile technology, and we can develop the most advanced missiles in the country," Reddy said.

He also spoke about the anti-satellite (A-SAT) test that India conducted in March 2019, shooting down one of its satellites in space with an A-SAT missile to demonstrate this complex capability, joining the elite club of countries -- the US, Russia and China -- which have such capabilities.

The lecture on 'Defence Technologies for India's National Security' was organised by the School of Engineering of the JNU, and its vice-chancellor M Jagadesh Kumar, several faculty and students also attended the online event.

Reddy, who is the secretary in the Department of Defence R&D, underlining the importance of indigenous technology, said the IAF had recently ordered 83 LCA Tejas aircraft.

On a question on drone technology, he said as these technologies are coming up, asymmetric warfare is gaining an upper hand.

"Drone technology is coming up in a big way, and drone-based weapons is also taking a big shape. It had been seen that in the recent conflict also, drone-based technology played a role. Lot of players in the industry are working on it, and a lot of systems being developed, particularly by the youth," the DRDO chief said, adding that anti-drone technology has been demonstrated by the organisation.

In his address, Reddy asserted that in the last six-seven years, he has seen students and innovators going beyond ICT and choosing subjects like material science and laser technology which will be important in the sector of defence technologies, adding that the ecosystem has undergone a change.

He pitched for academic institutions to play a larger role in achieving the vision of 'Atmanirbhar Bharat'.

"Today, if our country has to be self-reliant, if we have to become 'Atmanirbhar' and prosperous, we need to work on advance technology and that is where the role of academic institutions will come in a big way," Reddy said.

Reddy added that the DRDO is working on various projects with more than 300 academic institutions.

In the advanced technology domain, he said, some of the areas in which DRDO is working on include anti-drone system, artificial intelligence (AI), cyberspace, secure systems and communications.

Reddy emphasised on the synergetic links needed between the DRDO, the academia and the industry, saying the landscape is so huge, it cannot be done alone, and added that industry sector is coming up as a development partner for the organisation.

The DRDO, along with the All India Council for Technical Education (AICTE), has also launched an M.Tech course in defence technology. More than 40 engineering institutions are offering this course, which has six subjects. Besides, B.Tech elective courses also there, he said.

The DRDO, together with the higher education department, is also sponsoring PhD programmes on defence technology-related subjects for students who will also work at its labs, and about 40 have already joined, he added.

Junior Research Fellow at Centre for Personnel Talent Management, DRDO; Apply by May 7