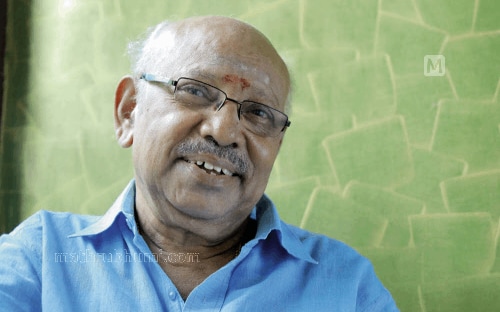 Thiruvananthapuram: Veteran film actor, and theatre artist KS Premkumar, better known as Kochu Preman passed away here on Saturday. He was 68. He breathed his last while undergoing treatment for lung disease at a private hospital in Thiruvananthapuram.

Kochu Premam acted in over 250 films.

After a successful career in theatre, Kochu Preman shifted his focus to cinema and made his film debut through the 1979 movie 'Ezhu Nirangal'. After a brief stint, he returned to acting with the 1996 superhit movie 'Dilliwala Rajakumaran'.

He was most remembered for his comic portrayal of characters in movies like Thilakkam, Kalyanaraman, Thenkasipattanam, Pattabhishekam, and others. He also starred in several television serials in Malayalam.

He also worked in drama troupes such as Kalidasa Kalakendram, Kerala Theaters, and Sanghachethana. His last movie was 'Oru Pappadavada Premam' released in 2021.

He is survived by his wife and actor Girija Preman and son, Harikrishnan.