From Abu Salem to Chhota Shakeel, how SRK talked his way out of gangster threats 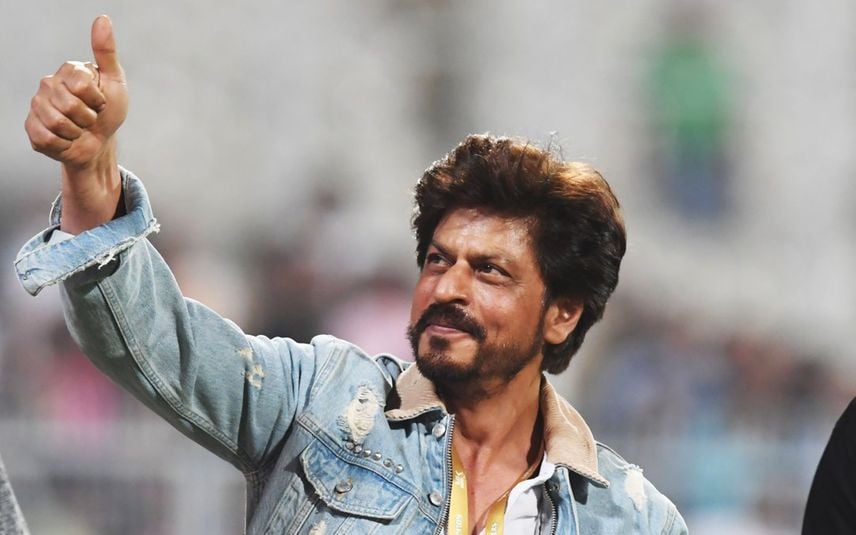 Mumbai: It was during the filming of Mahesh Bhatt's 1998 film, 'Duplicate', when Shah Rukh Khan had his first brush with the underworld and the story of how he got away without any harm being done to him has been recounted by film journalist Anupama Chopra in her book, 'King of Bollywood: Shah Rukh Khan and the Seductive World of Indian Cinema'.

Back in January 1997, the same month when music mogul Gulshan Kumar was murdered, Rakesh Maria, former Maharashtra DGP who was instrumental in cracking the 1993 Bombay bombings case, dialled up Bhatt to pass on the information that a sharpshooter hired by dreaded gangster Abu Salem was on the prowl looking for an opportunity to kill the superstar.

The reason? SRK had not signed a film being made by a producer close to Abu Salem.

The Mumbai Police gave Shah Rukh a bodyguard, Mohan Bhise, and advised the actor to limit his movements; he was made to change cars and his routes to work every day.

Talking to Chopra, Shah Rukh recalled an incident from the wedding of a famous cricketer at that time. At the wedding, a fan came up to him and asked for an autograph, and just as he was pulling out his pen, Shah Rukh panicked and pushed Gauri away. He feared the pen might be a gun!

Interestingly, SRK says in the book that he did not fear for his life as much as those of his wife and children. "I had this strange misplaced confidence that I will not get shot," Shah Rukh said.

One day, when Shah Rukh was returning from Khandala after shooting for 'Dil To Pagal Hai', he got a call from Abu Salem, who first abused him in Hindi. The actor did not lose his cool. He kept up a polite tone, but spoke only in English.

Salem then said he was angry because SRK had refused to do a film being made by a Muslim producer. He said SRK should have shown his own community some support.

Shah Rukh calmly replied that he was already working with Mansoor Khan, Abbas-Mustan and Aziz Mirza. Moreover, Mahesh Bhatt's mother was also a Muslim. Maria, incidentally, had coached SRK about how to handle the gangster.

In Shah Rukh's own words, he told Salem: "I don't tell you who to shoot so don't tell me which film to do."

Hearing this, the gangster backtracked. Abu Salem said SRK did not have to worry and he could move around without security. The police, though, refused to take any chances and did not withdraw SRK's bodyguard.

Abu Salem thereafter would keep calling up Shah Rukh and make small talk, but without forgetting to tell him each time that he knew exactly where he was and where his security detail was positioned. Ignoring the ominous shadow of Salem, SRK continued shooting for 'Duplicate' on the streets of Mumbai.

Mahesh Bhatt at that time had stated that SRK had a "flirting with death attitude". He would do the most hilarious scenes (in 'Duplicate') despite the "harsh reality knocking at his door".

Soon, members of the Chhota Rajan gang also started calling SRK, but, in the words of Chopra, "they withdrew with surprising decency". A small-time gangster named Gongaa Bhai then offered SRK the lead role in a film based on his own life. Shah Rukh Khan confused him by replying in English, "I am not able to conceive the kind of emotional graph that I can develop." Stumped, the Gongaa Bhai gave up after a year spent pursuing the superstar.

Finally, it was Chhota Shakeel who called because he was offended by the line 'Paun jannat tale' in the song 'Chaiyya Chaiyya' from 'Dil Se'. The gangster said he considered the line, which translates in English to 'heaven is beneath my feet', as being un-Islamic. SRK replied calmly that the line actually was 'Paun jannat chale' (My feet are going to heaven)!

According to Chopra, three things worked in SRK's favour: he was polite without fail; the gangsters and he were followers of the same religion; and his mass popularity -- his fan, in fact, included the family members of the gangsters threatening him. As Abu Salem told SRK, his mother and his wife were the star's big fans.

SRK, Nayanthara in Pune for Tamil director Atlee's next film