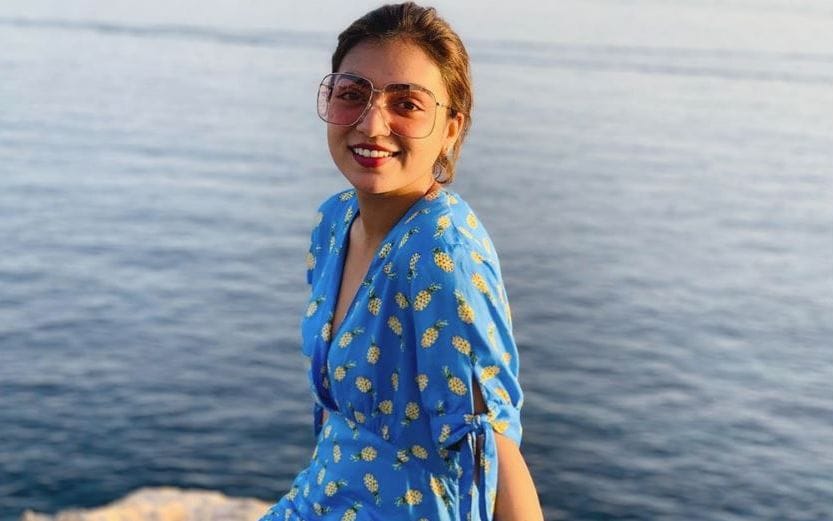 I have decided to be serious about my career. I think it is high time to stop being childish, says Mollywood’s cute actress Nazriya.

She had a stunning makeover in her upcoming movie Fahadh Faasil starrer ‘Trance’.

“In ‘Trance’, my character’s name is Esther Lopez. In my career, I always played the roles which are related to my real life. Most of the characters were fun-loving and naughty. I think each of the characters had at least one element which is similar to my personality. But in Trance, my character is very different,” said Nazriya.

“Anwar Rasheed approached me to act as the female lead in 'Trance' when I was shooting for ‘Koode’. The shooting of ‘Trance’ was under progress for a year,” added the actress.

Nazriya revealed that she had no plans to quit the film industry after getting married with actor Fahadh Faasil.

“Many people used to ask me whether I stopped acting. Earlier also, I don’t act in back to back movies. I only commit a project if I like the script,” said Nazriya.

“While going for the shooting of Trance, I never felt that I am going for a job. I used to go to the location with Fahadh. On the sets, a group of friends, including Anwar Rasheed and Amal Neerad, welcomed us. So I enjoyed the shooting days a lot. We travelled together to Kochi, Mumbai and Amsterdam for the shooting,” Nazriya revealed her happiness to work with her husband and friends.

“Though ‘Esther Lopez’ in Trance has no similarity to my character, I never made any preparations to adapt myself into the role. But I observed a lot of things which connects the role. I was worried that if I get more conscious about the role, I will be in trouble when I start shooting,” noted the actress.

“Actually, I knew the story and my role before I decided to act. So, it was pretty easy to do the movie,” she added.

“Trance is my second movie with Fahadh after ‘Bangalore Days’. So I am eagerly waiting for its release,” Nazriya shared her excitement.

“Frankly speaking Fahadh never makes any comments on my acting. We only discuss movies when we are on the sets. Though he will be obsessed with movie and his character, we will never discuss it at home,” said the 'Koode' actress.

“I am planning to be active in film production as well as acting. I hope I will be part of good movies in 2020,” Nazriya opened up about her plans.