Ranveer mentions that he has made a humble attempt to imbibe Mr Chaplin's style of work to make a social commentary or a fair point with his character of Jayeshbhai. 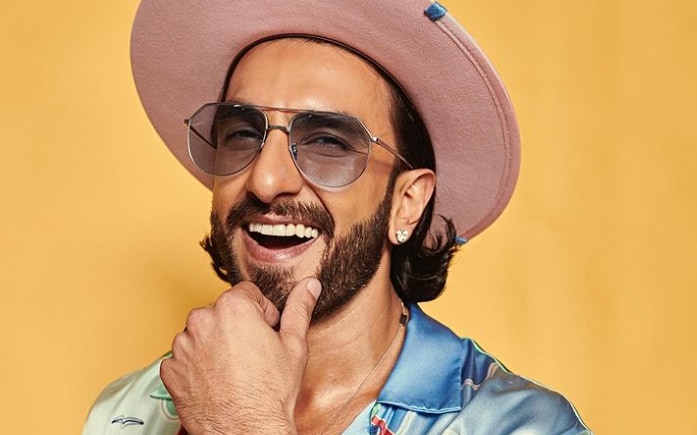 Bollywood star Ranveer Singh, whose latest film 'Jayeshbhai Jordaar' dropped in theatres on Friday, has a penchant for different forms of humour, more so tragic humour and satire which the film hinges on. For him, satire and tragic humour are sharp weapons for making a social commentary in the face of a crisis.

The actor, who has always been a "closet writer" and has earlier worked as a copywriter with advertising agency Ogilvy & Mather, spoke to IANS about the art of satire, the reference point for 'Jayeshbhai Jordaar', his director Divyang Thakkar and the writer in himself who's constantly at work even while performing in front of the camera.

'Jayeshbhai Jordaar' is a satire, a first for Ranveer as an actor. Revealing how enriching the experience was for him to work in the set up of satirical comedy, he shares, "I love satire. I am a closet writer as well so satire, tragic humour and black comedy are some of my favourite themes of humour as a writer. There is something about satire that I absolutely love. When you have so much to say when there is a social commentary to be made and it's told in the most humorous ways it suddenly changes the equation entirely."

Furthering his point, he adds, "Tragic humour is the most potent kind of humour. Like Mr Charlie Chaplin - he is the pioneer of tragic humour as his films were made in times of war and social crisis. He presented the dark realities of the world in such a humorous and entertaining way that you could not just help but laugh and marvel at the excellence of that man to draw your attention to a problem."

Ranveer mentions that he has made a humble attempt to imbibe Mr Chaplin's style of work to make a social commentary or a fair point with his character of Jayeshbhai.

This is the second time he's playing a Gujarati man, nine years after Goliyon Ki Raasleela Ram-Leela', where he played the passionate lover, Ram Rajadi. Jayeshbhai, however, is cut from a different cloth. Despite being from a small town, the character is well aware of his social responsibilities and does everything in his capacity to fight the evil of gender discrimination.

Probe him about his reference point for his character in the film and Ranveer points to Divyang Thakkar, the debutant director who has helmed 'Jayeshbhai Jordaar', "Divyang was my reference point for this character. He is a pakka Gujju bhai and unconsciously or subconsciously he has written a lot of himself into the character and I could sense that with the passion and the intensity with which he used to speak about the character."

Ranveer goes back in time when he heard the film's narration for the first time, "When Divyang was narrating the story to me, I felt that I didn't need to look around anywhere else because my reference point was right in front of me in the form of my director."

Praising the storytelling sensibilities of Divyang, the actor says, "As a director he has an unprecedented investment into his source material, he watches the scene on the monitor from close proximity, he cries with the scene, laughs with the scene, while you are acting in front of the camera he is there with you emotionally. His energies are connected with you at a deeper level."

Ranveer understands where his characters are coming from as he is a closet writer himself, "The mind of a writer in me is constantly at work even while I am performing as an actor in front of the camera. 10 out of 10 times it has led to contributing something more. I understand it's not my creation but I can certainly add some value from my side given my affinity for the craft of writing."

"So much so that they have told me at times that, you have contributed substantially that you deserve a credit for additional dialogue writing', which I have gracefully turned down because I feel it's just a suggestion and not something that I have created from scratch. I see it as a part of what I do as an actor", he adds.

"When I walk into a film set, I make sure that I am there 100% not just as an actor but in every possible way and contribute something from my skill set. Having said that, I would like to mention that I have never jammed on screenplays with the writers because that's not my forte. Dialogue writing is something I have a natural flair for as I can gauge how a particular line or a dialogue will land on the subconscious of the audience", Ranveer concludes.

Ranveer Singh sets the temperature soaring with his shirtless pictures