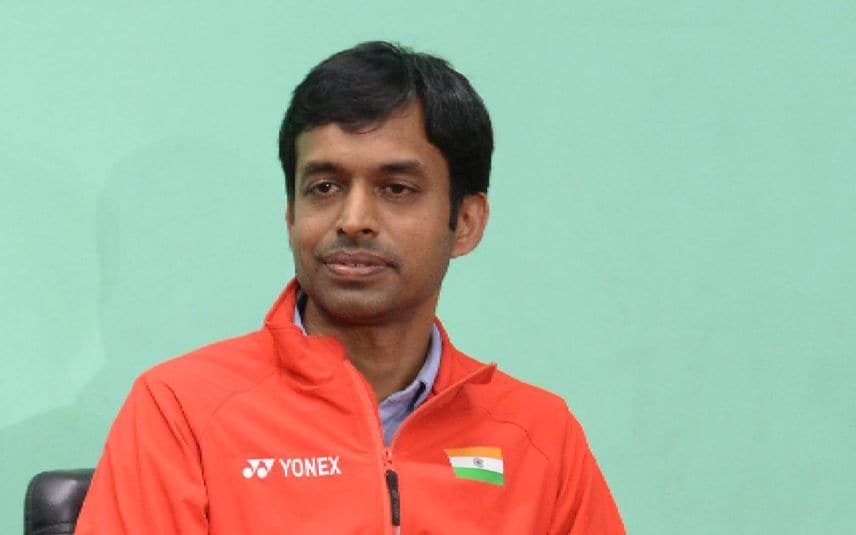 Pullela Gopichand, the second Indian to win the men's singles title of the All England championship and currently the Badminton Federation of India's chief national coach, expressed joy at the Indian men's team winning the Thomas Cup, the pinnacle in the team championship of badminton. India defeated the top three nations- Malaysia, Denmark and Indonesia- to win the prestigious Cup.

Gopichand was not in Bangkok, Thailand where Lakshya Sen, Kidambi Srikanth, HS Prannoy and the doubles pair in Satwiksairaj and Chirag Shetty created history, but he was in constant touch with the team.

The likes of Prakash Padukone- who runs his badminton academy, the Padukone-Dravid Centre of Excellence in Sport in Bengaluru, and where the young Sen trains with former national champion Vimal Kumar, and Gopichand, who has shaped the careers of plenty of talented players at his academy in Hyderabad, have been looking forward to this memorable day. A few years ago, Padukone believed that Indian badminton was in its golden era with many men and women players of world-class leading the national team.

Two days after the Thomas Cup win, Gopichand spoke to Mathrubhumi English about the win and what it means to Indian badminton.

Q. To most, the Thomas Cup win may have been unexpected, because of the presence of three other top gun nations in Indonesia, Malaysia and Denmark. But the team sprang a big surprise?

A. I would say to some of us in the world of badminton, this Thomas Cup win was not completely unexpected. But it would have surprised many who have not followed badminton very closely. The fact is, for the first time, there were no clear favourites for the Thomas Cup. The World seemed very flat, or many teams were very square in those terms. And I think the energy and spirit the players showed and the quality of badminton they produced has got us this gold medal.

Q. What’s the way forward now? It’s taken such a long time to accomplish a win of such magnitude. It’s the equivalent of the Davis Cup in tennis?

A. It's been a great journey. We have seen gradually, one after the other, results start coming in. Whether it was a Saina or Sindhu, Kashyap or Srikanth or the men's doubles (Satwiksairaj Rankireddy and Chirag Shetty), I think overall the progression of Indian badminton has been a story; I would say from 2006 onwards till now.

It's been a fantastic journey because the players have given it all they have. Every year at the biggest events they have performed better and better. And that's been fantastic. The Commonwealth Games gold was a huge win, but this (Thomas Cup) victory beats everything else.

Q. What should be the immediate goal and the long term one. Both men and women?

A. I think there's a lot of work to be done. Our immediate focus will be the Olympics. And the big tournaments like the world championships. Also, building enough bench strength in all events, to ensure that the talented kids have a smooth transition from juniors to seniors, should be the role we should be looking at.

Q. Now that India has medaled in all events, how can private partnerships help the sport?

A. There is a lot of corporate support that has come by in the last few years. But I am sure this performance will ensure that more and more would believe in the sport of badminton. That will ensure better performances in the future.

Q. How can the juniors be fast-tracked in terms of creating a structure, and giving exposure and rewards?

A. With the support of the government and BAI, we are planning a few things. I am sure we will be able to deliver the transition, which is so important for the players.