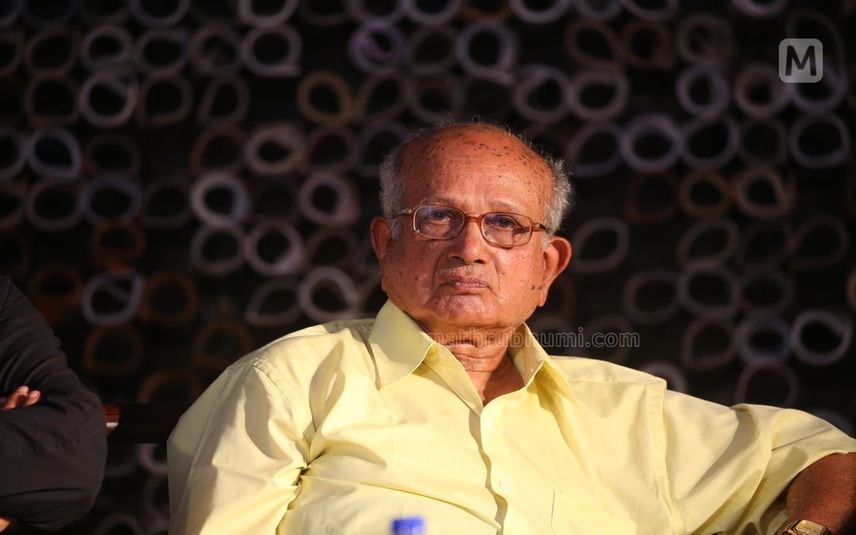 Excerpts from the interview with veteran journalist BRP Bhaskar on the ocassion of 47th anniversary of Emergency in India under Indira Gandhi's rule:

Kerala's mandate in the elections held immediately after Emergency was paradoxical. It voted for a Congress government while northern states resisted it. What could be the reasons?

Though we have a better track record than other states in some pointers, that does not make us perfect. Dowry deaths and family feuds, including murders, are somethings that prove this. Actually, we are now a sick society which needs medical attention. I mean to say, Kerala society at many junctures are paradoxical. There were many interpretations to Kerala’s election verdict then. At that time, Karunakaran government here was able to curb gawking wages. Trains were running on time. Government offices were functioning properly. These are some factors which apparently gave the government an upper hand.

Some intellectuals and scholars say it is a neo-emergency or undeclared emergency during the Narendra Modi regime. Do you subscribe to such a view?

Our constitution provides for declaration of state of emergency if there is a security threat to the nation from within or outside. On the other hand, even without invoking provisions of the constitution, governments can use power and deny democratic rights of citizens. This has happened many times in our country. Right now, many are accusing the Modi government f doing the same.

Criticisms against the government are debatable and depend upon political views. However, we can find individual instances which corroborate these accusations and criticisms. One of the major trends is that not just oppositional leaders but human rights activists standing for rights of the poor and marginalized are getting targeted. All that creates an atmosphere instilling a chilling effect or fear on citizens. If we look back to history, there are occasions where the judiciary rose to the occasion to subdue authoritarian trends and provide relief to citizens. But if we take the case of Kashmir lockdown after abrogation of Article 370, the judiciary has not yet taken up the matter concerning its constitutional validity.

Pew Research Centre’s survey in 2017 and the latest YouGov-Mint-CPR Millennial Survey showed that more than 50 percent of respondents in India preferred an authoritarian government. What is your take on that?

We have to look into metrics of study and sampling methods of the surveys to comment specifically on it. But I would like to refer to Bertand Russel’s observation that some people don't want to think and they leave it to other people to decide on it. Such trends are seen everywhere in the world at some point of time and it is not something specific to India. There is a notion that democracy only means holding elections. That is wrong. There is more to it.

Do you think being a journalist has become more dangerous in the present NDA regime than the UPA era?

I see no reason to assume any link between either the UPA or NDA regime and the attacks on journalists during their time. Attacks on journalists are usually the work of goons or musclemen of vested interests annoyed with journalists who exposed their misdeeds. Lately vested interests are targeting right-to-information activists more than journalists because they are a bigger source of danger to them. Central governments usually employ sophisticated measures to tame the media. They can pressure media bosses to control overenthusiastic journalists. Remember, in the Indian scheme, physical harm (use of ‘dand’) is the fourth option after ‘saamaam’, ‘ ‘daanam’ and ‘bhedam’. In the UPA, so far as I know, there was no one who was engaged in keeping the media in check on behalf of the government.

Generally, individual ministers took care of their personal political interests. P Chidambaram probably did this more successfully than his colleagues. In the NDA period, in the early phase, Arun Jaitley was in charge of media management. He regularly kept in touch with a band of journalists and often advised them on how to put a spin on a story. He had a comparatively easy job as many of the journalists he mentored shared the BJP’s political philosophy and were ready to be embedded. When Jaitley died, the group he mentored could not hide its sense of orphanhood. A channel anchor said aloud, ‘Whom shall I turn to now for guidance?’

It is usually easy for a government to use news agencies to promote their interests because they depend on it for financial support. The Modi government has taken a different path. It is withdrawing support given to traditional agencies and allowing them to die, and patronizing a new agency. After a border incident, Press Trust of India interviewed a Chinese diplomat and circulated a report incorporating the Chinese version. For this sound professional act, the government punished PTI. The other agency UNI is on the death-bed. Recently a UNI staffer who was paid no wages for a long period ended his life in the office. Neither the agency nor the newspapers who are the owners of the agency showed any concern.

Authoritarian regimes in centre, state remind us of another 'emergency': Appukuttan Vallikkunnu