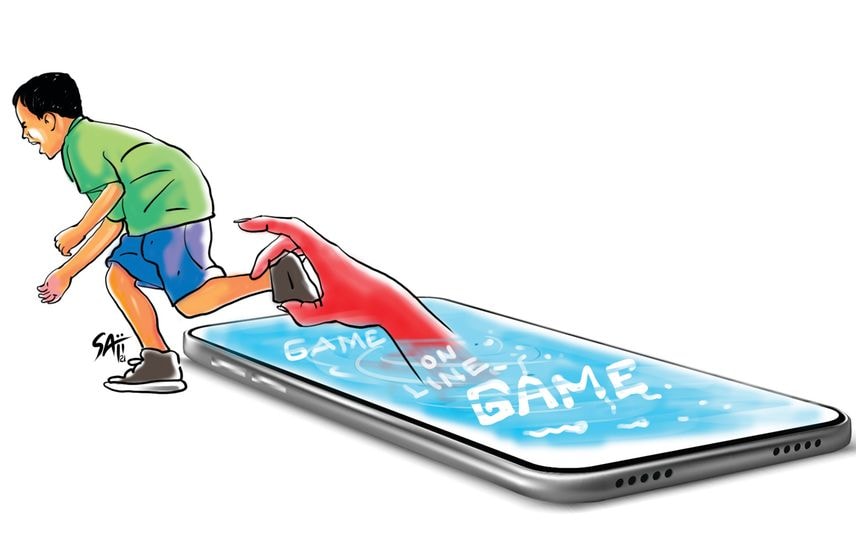 A Palakkad native, working in a hospital, and mother of two beautiful girls, would never have thought leaving her 17-year-old daughter alone in the comfort of home could be a bad idea. Unfortunately, under the disguise of online class, the teenager hoodwinked her mother and spent much of her time on social media platforms. Within a few months, she started to exhibit behavioural changes and was already neck-deep in having multiple affairs with strangers online. The online classes played a perfect excuse for her to avoid questions from her family. 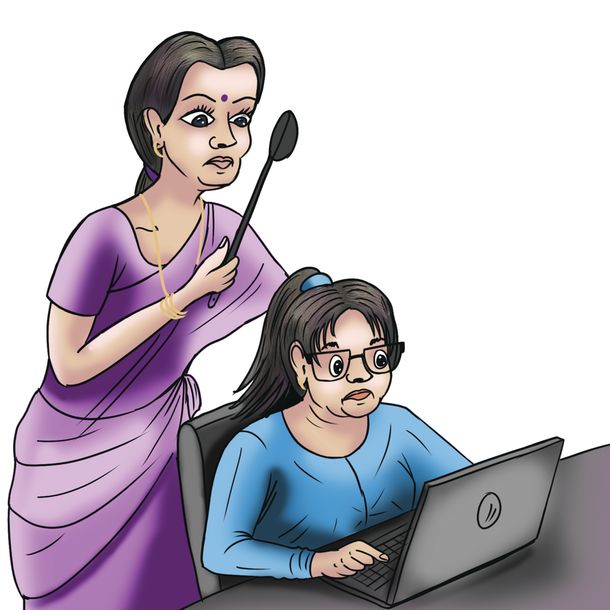 In Kochi, it was a father who plunged into a state of mental agony after his daughters fell into the trap of gambling sites.

'' Both my daughters were addicted to the internet and tried
to earn easy money through online gambling. They often
turned violent when I refused to give them money. Gambling
affected their studies, sleep and even our family. It took
months of counselling to bring them back to their normal
self. ''

At the same time, a college professor from Kozhikode spoke about how she struggled to deal with her son who became addicted to online games.

'' My son, a B-Tech student, spent vast amounts of time playing games on his mobile phone. He was addicted to
online games like Pubg. It became an obsession for him. He would turn violent if he were asked to stop playing the games. There were times he relied on playing games to get some sleep.''

Fortunately, the boy is now undergoing treatment under the supervision of Dr Sandheesh PT, a senior clinical psychologist and the head of E-Mochan clinic, a unique initiative by the Kerala government for Internet De-addiction in Kozhikode Mental Health Care Centre. These are some of the numerous cases we encounter on a day-to-day basis, says Dr Sandheesh, who formulated a treatment protocol for internet addiction through his research study in 2013.

Internet Addiction: A generation losing itself

Internet is a loosely tangled net of million possibilities. With just a personal computer, laptop, or smartphone hooked up to the internet, the abundance of information you receive in a matter of microseconds is mind-boggling. By divulging deeper into the intricacies offered by the web, one creates a social media persona of one's own. They discover pleasure, freedom, and success through social media. However, even as it offers several benefits, there is a downside to it as well. It is what we call Internet addiction.

In Kerala, the cases related to internet addiction increased rapidly in the last few years.
A few months back, a 15-year-old boy absconded to Tamil Nadu after his mother
scolded him for playing mobile games. In another incident, a 14-year-old boy attempted
suicide as his parents restricted him from using his mobile phone. The list goes on.

World Health Organisation (WHO), in their latest edition of the International Classification of Diseases (ICD-11), views internet addiction as a mental health condition. Similarly, gambling and pornography are other mental health conditions prevailing among youngsters. Several youngsters approach us, seeking help after getting addicted to pornography, gaming and related issues. There are conditions when they become obsessed with sexual activities and often show indecent behaviours towards family members. Videotaping the private life of people, even family members, and finding pleasure are some of the extreme behaviours of those with this condition, says Dr Sandheesh in a conversation with mathrubhumi.com.

The physical and psychological effects of Internet addiction

The internet is a multifaceted reality. Despite its benefits, it also attracts users to its charm, often leaving them addicted to it. This is what we call preoccupation a situation where we spend a significant amount of time using internet services. Gradually, internet usage increases, causing various mental and physical health conditions. This condition leads to sleep deprivation in children and disrupts Circadian rhythms, the 24-hour biological clock in the human body. Additionally, they will experience emotional problems that could affect their personal life, relationship, education, health, career and others. Those individuals experiencing the withdrawal features, a condition in which a person is restricted in using a service, like apps, start soon showing aggressive behaviour. These conditions affect them physically and psychologically, leading to sleep deprivation and related health conditions.

Internet addiction is visible among every age group. However, it prevails largely among youngsters. There is a tendency to shun education and opt internet as an alternative to earn money. Youngsters often proclaim that they have apps like YouTube for earning money, and the need for education is nearly minimal. As a result, productivity decreases, and an unproductive generation prevails in society.

Common problems faced by children due to mobile, game, computer and online
addiction are:

In those who play an excessive amount of games, there is a tendency to have aggressive behaviour. Playing games involving obliterating characters and large-scale violence has a long-lasting influence on children. They started to conceptualise murder as a casual occurrence and find pleasure in violence.

Based on the study published by the Indian Journal of Public Health in 2021,
around 22 lakh people played PUBG during the Covid-19 lockdown. Minecraft,
another online game, was played by 8.2 lakh people, followed by Fortnite with 8.5
lakh people. Interestingly, the majority of these users were teenagers.

Further, there is a tendency for youngsters to value online friendships over those people around them. They fail to realise that the persons we meet in chat rooms are individuals with flesh and blood like us. However, we value their opinion and advice in life. We also try it as a means to escape from real life or to keep anonymity. As a result, youngsters are affected by this addiction, which often disrupts education, and leaves a lasting influence. It also influences their self-esteem. These children built up broad-minded relationships with strangers online. The chats between them often lead to private conversations. The videos and chats shared with strangers will affect the future of these children.