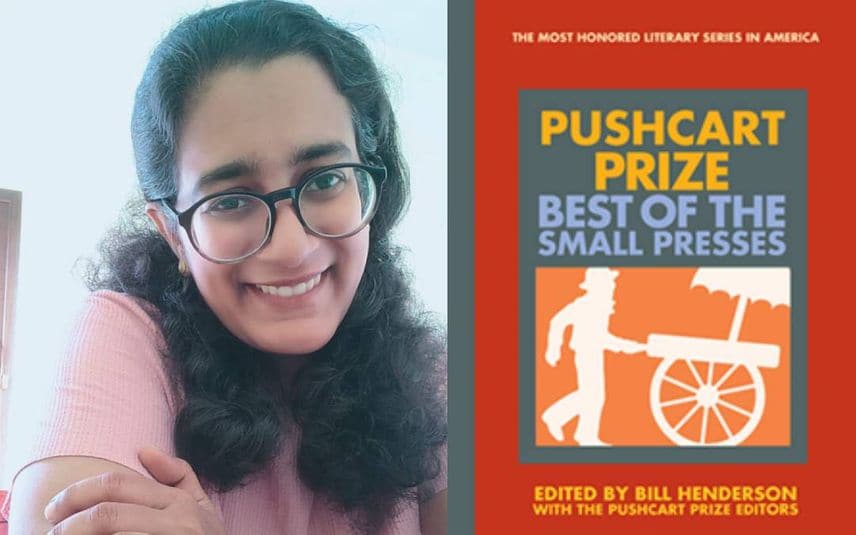 She was nominated for the prize for this year by the editors of Last Leaves Magazine, who had published her poem titled 'Seven Nights of Mourning'. The author shared the news with her social media followers.

Every year since 1976, 'Best of the Small Presses' has been released as a collection of award-winning works by the Pushcart Prize, which is "the most honored literary project in America," according to its website.

“The Pushcart Prize has been a labor of love and independent spirits since its founding. It is one of the last surviving literary co-ops from the 60's and 70's,” it says.

The Prize welcomes up to six nominations from “little magazine and small book press editors throughout the world.”

Nithya teaches in the English department of BCM College for Women, Kottayam.

'Seven Nights of Mourning' can be read here (page number 204).