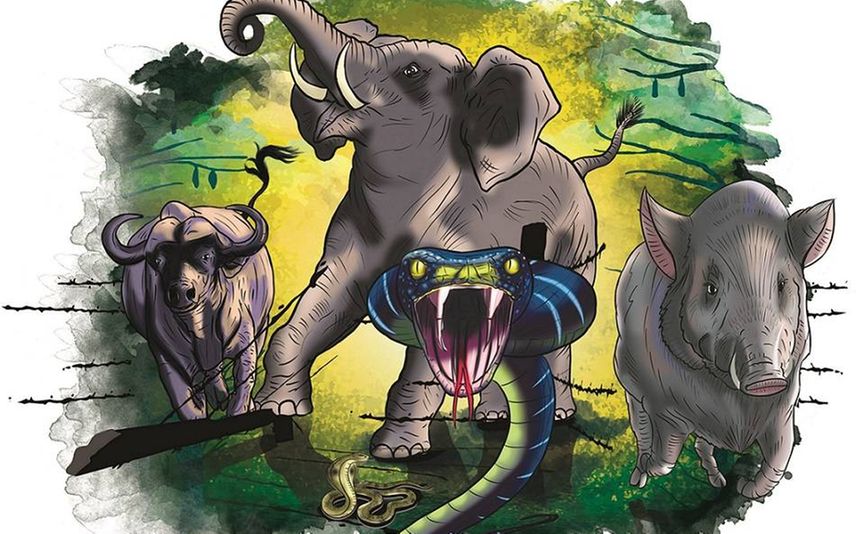 Seethathodu (Pathnamthitta): Even as residents in hilly areas of Kerala are in despair due to rampant crop loss from wild animal attacks, the forest department is seen callous in compensation disbursal.

Though wild animal attacks are costing lakhs for the farmers, the compensation distribution is meagre. Not just that, more often the disbursal gets delayed.

While on one hand, forest department’s interventions are not affective in curbing wild animal menace, compensation process is loopy on the other hand.

The application for crop loss need to be done online. While the web platform has limited information and even compensation fixed for some crops are not listed.

Meanwhile, the process to get compensation for attack on domestic animals too is complicated. The web platform does not even list the compensation fixed for leopard attack that is on the rise.

The compensation process itself is cumbersome. The residents have to run from pillar to post to get certificates from agriculture officer and veterinary doctor. Apart from losses incurred, they have to find money to meet travel and time costs.

Idukki youth dies after ‘parotta’ gets stuck in throat

'To me, my fans are like God', says Vikram