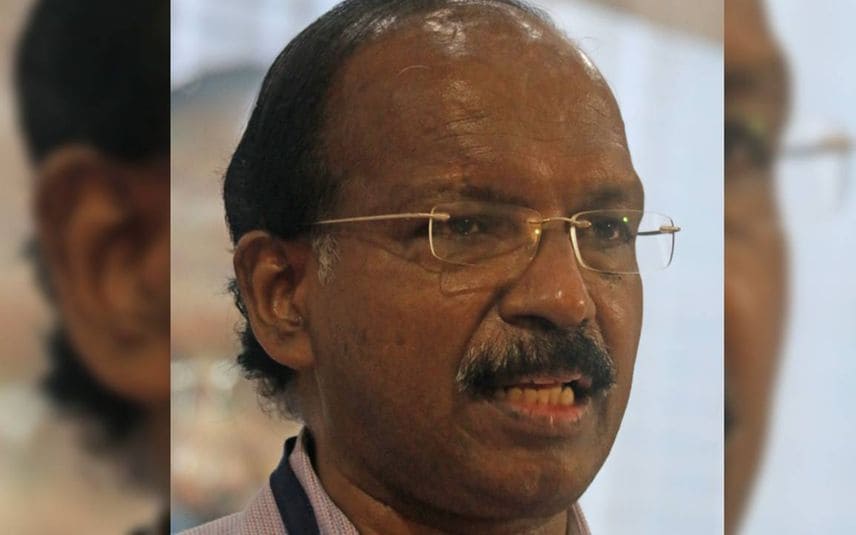 The Sri Lankan economic crisis has triggered a debate on the viability of organic farming across the world. As a state that shares several likenesses with the island, Kerala also takes part in the discussion. While the supporters of conventional farming use the opportunity to attack organic farming, the new biodiversity chairman also joins them with his strong views on the matter. An agronomist by profession, Prof C George Thomas retired as an Associate Dean from the Agriculture University, Thrissur. He shared his thoughts with Mathrubhumi English in an exclusive interview.

Sri Lankan president Gotabaya Rajapaksa in 2019 itself had said that the country shall adopt organic farming in 10 years. But he hastened things up and banned the import of chemical fertilisers in April 2022. Depletion of foreign reserves could be what led to such a drastic step. But, with this, certain crops showed an immediate dip in production. Onion, tea, rice plant, vegetable and banana production showed results in six months itself. These crops require a good amount of fertiliser. However, coconut trees may take up to 1 year to show the impact. Rice output dipped by around 20 per cent in six months. Price shot up by around 50 per cent. In tea, they lost around USD 425 million. Mathrubhumi has carried articles on the impact. I am not going to narrate it further.

Unlike in developed countries, organic farming in third world countries is not handled by agricultural experts. It is the same in India and Kerala. I am not naming anyone here. But agriculture universities or agricultural departments do not play much role in it. That is what happened in Sri Lanka as well, I believe. A committee was in charge of implementing it. Agriculture experts had warned the government of the outcome.

Shifting 100 per cent of farming to organic in one day was the problem. No country in the world has done this. In Europe, the current rate is just eight per cent. They aim to convert 25 per cent of their agriculture to organic by 2030. That is the maximum. Because they have to consider the food security of their people. Price has to be controlled. Besides, around 30 per cent of yield reduction has to be managed. Experts decide on these things in Europe. In the US, organic farming is below one per cent now.

Absolutely. Earlier, we did not have data on this. But now, renowned journals like ‘Nature’ have carried articles that compare data of organic farming with conventional farming. A research article says around a 30 per cent reduction will be seen in output in organic farming.

To put this in perspective, if someone wants to take Ayurveda treatment, that is fine. But they cannot say that modern hospitals should be closed. Both should coexist. Whoever wants to take up organic farming, let them do it. We can also set targets for Kerala. For example, the government can decide to convert 20 per cent of farming in Kerala to organic. But beyond that, it is a threat to food security. This is the view I formed based on data and my experience as well.

You have said organic farming is an agenda of capitalist countries. Can you elaborate on it?

‘Tragedy of the Commons' is an essay by Garret Hardin, an American human ecology professor. It was published in 1968. One way to understand the impact of a research paper is to see how many times it was quoted. This particular essay was cited more than 49,000 times. It is a very big number. It is an anti-socialist concept that says if something is in public ownership, people will act irresponsibly which is not the case with private ownership. Based on this, he wrote another essay called ‘Living on a Lifeboat’ in 1974. A lifeboat cannot carry more people than its carrying capacity. It will sink the boat. He said the capitalist countries helping the poor countries with food aid and modern technology to improve productivity will land the capitalist countries in trouble.

Both these articles, one published on ‘Science’ and the other one on ‘BioScience’, had even influenced the policy decision of the US. America used to dump additional wheat they produced in the sea instead of giving it to the poor countries.

We can see that the campaign against the Green Revolution started after this. Vandana Shiva's ‘Violence of Green Revolution’ comes in the 1980s. I assume that organic farming started to get attention after the publication of these articles.

Does KSBB plan to update it?

No. Organic farming is not helpful to improve biodiversity. As I said, it gives a lesser yield compared to conventional farming. This, in turn, forces us to expand the farmlands to get more produce. How do we get more land? By clearing forest. That is the Borlaug hypothesis. (The Borlaug hypothesis, named for Norman Borlaug, the founder of the green revolution, states that improvements in agricultural technology will enable farmers to produce more food from a given piece of land, thereby enabling growth in the food supply without leading to increased deforestation).

In 1950, in the world, 59.2 cr tonnes of food was produced from 60 crore hectares of land. In 2000, the production increased to 207 crore tonnes from the same amount of land. It is because the capacity increased by adopting modern technology. We can also see that the rate of deforestation decreased with this.

If there was no modern technology, as per calculations, only 400 crore people could live in this world at present. Now the earth is 7.9 billion strong. It is possible because of fertilisers, pesticides and irrigation.

The policy also states the effect of traditional farming as: “The microorganisms declined; the soil lost its fertility and vitality; water demand increased and, the time tested, traditional varieties disappeared. In short, the century-old practices came to a halt. The eternal relationship between the farmer and farmland was lost.”

How far do you agree with this statement?

Agricultural biodiversity and the general biodiversity (like forest and sea) have to be treated separately. Agricultural diversity exists only if humans exist. We made agricultural diversity. But when farming has to go beyond mere subsistence and produce income for the farmer, they will naturally choose better yielding varieties. So it is a fact that certain local varieties have become extinct in the meantime. Humans have found a solution for it. A Rome-based organisation, Bioversity International, is protecting around 80 lakh varieties. The National Bureau of Plant Genetic Resources under the Indian Council of Agricultural Research coordinates the efforts in India. Similarly, arrangements for protecting animals and insects are also made. Around 1 lakh varieties of rice plants are protected in the Philippines. All these are in the laboratory. We cannot protect these variants in the field. Certain farmers, we call them custodian farmers, like Cheruvayal Raman of Wayanad, are doing it. But will the next generation continue it? We don’t know. That is why we use labs. We can breed them and produce better varieties in the labs.

These are inevitable changes due to the growth of the population.

KSBB is mandated to advise the state government on biodiversity matters. Is KSBB planning to submit any recommendations on organic farming?

KSBB has taken up some projects in agricultural diversity. But we have the agricultural university to advise the government on such matters. Let them do it.

Nirmala Sitaraman in the 2019 budget said ‘zero budget natural farming (ZBNF) is the future of India.' The inventor of ZBNF says the cost of chemical fertilizers leads to the suicide of farmers. How good is zero budget farming?

Zero budget natural farmers and organic farmers are at the crossroads. ZBNF says organic farming is more dangerous than conventional farming. That is what Subhash Palekar, the father of ZBNF, said in his book.

Farming in northern India is completely different from Kerala. They have irrigated agriculture and rain-fed agriculture. They are completely different. Punjab, Haryana and western UP have irrigated farming. They have a good yield. They never support ZBNF. They are the food baskets of India. Meanwhile, several parts of Madhya Pradesh, Andhra and Karnataka have rain-fed agriculture. They are organic by default. They don't have money to buy fertilisers. Neither do they have water.

The union government had created a committee to study the possibilities of ZBNF, headed by Telangana State Agricultural University Vice-Chancellor Praveen Rao. He recommended restricting the experiments to rain-fed areas. I hope the union government will be implementing the project based on his recommendations.

Sri Lanka: No-trust vote on the cards as Oppn says it has numbers in Parliament

Elathur: Scorching summer has put Kozhikode dairy farmers on their toes as they witness a drastic decline in milk production. Though summers are known ..

Alappuzha: In a move to fetch better prices for rubber growers, the Rubber Board is launching an e-market platform. Named ‘ mRube’ , the platform is expected ..

Kuttanad: Though summer rains have subdued in the state, the paddy fields in Kuttanad are already in submerged condition due to the downpour. Harvest and ..

Pollachi: The price of tomatoes doubled in a week and ten times in a month in Tamil Nadu. Tomatoes in the Kinathukadavu Tomato Market, one of the major ..

Kozhikode: In a major development, Kozhikode RDO has approved exhuming the body of YouTuber Rifa Mehnu for conducting a re-postmortem. The approval was ..