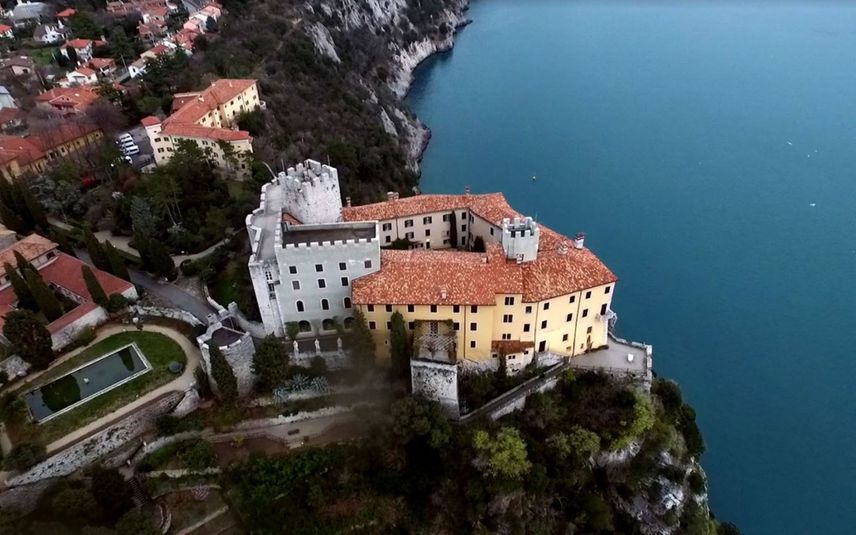 The United World Colleges are a set of 18 institutions around the world which mainly offer senior secondary level education to school children aged 15-18 years. These schools have the aim “making education a force to unite people, nations and cultures for peace and a sustainable future”. The first one of the United World College campuses was started in 1962 at Wales (UK). Other campuses are in Canada, Singapore, Eswatini, and other places. Though UWCs are only based in 18 countries, students from over 155 countries are currently enrolled in the UWCs.

More than a school – a philosophy:

Institutions under UWCs are not just any post-secondary educational centers, but is the outcome of a very farsighted and thoughtful educational philosophy articulated by Mr. Kurt Hahn, a German visionary educationalist. He felt that the modern educational system does not deal properly with some of the social evils that currently exists among students like: lack of physical fitness, decline of initiative and enterprise, decline of imagination, decline of craftsmanship, decline of self-discipline, and decline of compassion.

In his opinion, freedom and discipline were not enemies and were not mutually exclusive traits. He advocated "experiential" learning - putting young people in situations to challenge them both mentally and physically. Hahn co-founded the Schule Schloss (Castle School) for boys in Salem, in the German state of Baden-Wurttemberg, in 1920.

Creating a generation for co-existence in the post-war era:

With the immediate arrival of the Cold War after the Second World War, many statesmen around the world were concerned that a polarized world will lead to more war and misery. They felt that education could be used as a tool to unite peoples, nations, and cultures for a sustainable future. By bringing together young people from around the globe at a young age, before they would be deeply influenced and indoctrinated into their ideological and nationalistic identities, it was hoped that the national and cultural divides that existed could be bridged. Kurt Hahn, who had experience in setting up schools in the pre-war era, took up the initiative and in 1962, UWC Atlantic (originally called Atlantic College) in Wales, United Kingdom, admitted its first students. The first UWC School was built on the idea that if young people from different backgrounds were educated together, they could build an understanding which could prevent future conflicts.

From Lord Mountbatten to Nelson Mandela:

The powerful educational philosophy and the peace-building initiatives of the UWC movement caught the attention of many international statesmen since its inception. Lord Mountbatten (the last Viceroy of India) was associated with the movement since 1962 and became its president in 1966, a position he retained till his tragic and untimely death in 1978. His global outlook and network helped the UWC movement develop beyond its North Atlantic roots. He oversaw the foundation of national committees, which would select students and promote UWC in different countries. In the years to come, UWC schools would appear in Singapore and Canada, two commonwealth countries.

Whereas the philosophy of the UWC system was compelling and had the global reach and significance, operationalizing it required significant resources and attention to detail. For this reason, the growth of institutions has been rather slow. In the first twenty-five years since the establishment of the first UWC, only six more UWCs were founded. However, in the last twenty-five years, twelve more institutions have joined the group (while the one in Venezuela was closed). Seven of these twelve institutions were founded in the last ten years and as such one should expect to see a continued growth of the UWC system in the coming decades.

Selection of students to the UWC system is based on a global and open process managed by the UWC national committees. Currently there are 155 national committees who manage the selection process. While there are only 18 countries with UWCs, it does not leave out students from other parts of the world in terms of an opportunity to study in this unique institution.

UWC admissions are based on a written application, which includes detailed essays and statements of purpose written by the student. Shortlisted applicants are then invited to the interview round. Admission is entirely based on the merit of the candidates.

Globally Recognized Curriculum: The academic curriculum followed in the UWCs is the International Baccalaureate (IB). Incidentally, the UWCs and the IB grew side by side, often collaborating with each other. The IB was originally developed in Geneva, Switzerland which is the center of international diplomacy. Educationalists felt the need for internationally acceptable university admissions and qualifications that were suitable for the growing population of young mobile people whose parents were part of the world of diplomacy, and worked in international and multinational organizations. They started by offering standardized courses and assessments for students aged 16 to 19 years. The International School of Geneva, along with the UWCs, piloted the courses, which have since become the international benchmark for high quality curriculum around the world. Currently, there are over 5000 schools around the world offering the IB curriculum. The IB has also expanded its curriculum for ages between 3 and 19. The IB is currently the only international curriculum recognized by the major universities around the world and its reach has grown significantly in the past decade.

It is not just the quality and diversity of the academic curriculum which makes the UWC experience unique. The most distinguishing factor of the UWC experience is the diversity of the student community. Though UWC operates only in 18 countries, students from 155 countries are currently enrolled. As mentioned, these students are meticulously selected by the UWC national committees from a large pool of applicants. Every UWC cohort will have students from 30-50 countries, which gives the students a level of diversity not normally present even in international schools. But it is not just the diversity of nationalities which makes the UWC cohorts an interesting mix. Students are selected for their excellence and are provided encouragement and support to learn in any domain of their choice, be it science, arts, commerce or others. The diversity of input is reflected in the list of distinguished alumni fromUWCs which not only includes ministers, diplomats and CEOs, but also actors, directors and artists.

India campus of the United World Colleges: The UWC located in Pune, India began in 1997 with a generous gift of land and building infrastructure by Harish Mahindra of the world-renowned Mahindra & Mahindra Group. Currently, UWC Mahindra College (MUWCI) is known as a place of curricular innovation, and several programs conceived here have been incorporated into the global IB curriculum. For the last few years, MUWCI has developed its own curriculum called MUWCI Core, which comprises the four essential pillars of learning - social and emotional, outdoor and ecological, place-based and contextual, and political.

Students are at the heart of the UWC system and it is no different in the Indian campus. Students are active in most decision-making processes that affect campus life, such as envisioning and executing resource management initiatives on campus and in the neighboring villages. Extensive student involvement also results in student projects that turn into long upheld traditions, such as the Community Fund and the annual Theatre Season, during which students direct and participate in several plays performed around campus over a fortnight in February.

At MUWCI, students not only benefit from a diverse classroom with peers from over 60 countries, but also from the linguistic and cultural diversity of the surrounding valley and India at large. Context-building courses such as ‘This is India’ and ‘Global Affairs’ help students engage with this privilege and the rare opportunities it bestows on a regular basis. During the Project Week and Travel Week, students have short immersive experiences in various other parts of the country.

Students who enroll at the UWC system enjoy multiple advantages as they try to pursue global education. First and foremost, they have a globally recognized brand, whose alumni are either studying or have studied in most of the top-ranked universities. Secondly, the IB curriculum they complete is designed to make the students’ entry to global education systems easy and seamless. Thirdly, the network (of students and former students) that a student builds up during their stay at UWC makes it particularly easy for them to choose and move into some of the best campuses anywhere on earth.

The UWC system provides institutional support to the students as they prepare for international admissions. There is also the Davis-UWC Scholars Program which was launched in 2000 and now supports UWC graduates to study at any of the 99 selected US colleges and universities. In 2018, the Davis-UWC Dare to Dream Programme was launched with the support of Shelby M. C. Davis. UWC's latest partnership with the Schmidt Futures and Rhodes Trust is the Rise Programme. Fifteen students with refugee backgrounds will receive all-inclusive scholarships to attend courses across 3 years from 2021 to 2023.

Cost of Studying in UWC:

While the advantages of studying in UWC are obvious, one would naturally imagine that the competition to get admission is stiff and the costs are prohibitive. It is indeed true that the UWC national committees receive many times the number of applicants than the seats available. However, it is part of the UWC philosophy that no eligible child will be denied opportunity because of their financial situation. While the cost of two years of study in UWC can range from 17,000 USD to 40,000 USD depending on the country where the college is located, up to 80 % of the students in the UWC system receive financial support of some kind. So, aspiring students should not be intimidated by the fee structure.

Who all can apply:

Students who are currently in 10th or 11th grade can apply to the UWC system. Applications typically open in September and close in November and the selection process is conducted during December-January. It is to be understood that the focus of UWC is on creating well rounded and responsible young leaders.

The COVID-19 period was one of the major challenges for UWCs. However, the UWCs have adequate infrastructure for switching to online education, and admissions and classes continued throughout 2020 and 2021 in both online and offline modes based on the severity of the pandemic. However, the whole philosophy of the UWC system is to bring young people from around the world together for an immersion experience, which cannot be replicated online. Therefore, UWCs strive to create safe bubbles on their campus where safety protocols are stringently followed in order to be able to provide an in-person experience to students.
For more information, please visit the UWC India Website at https://www.in.uwc.org/.

Not in my wildest and most tantalizing dreams ...