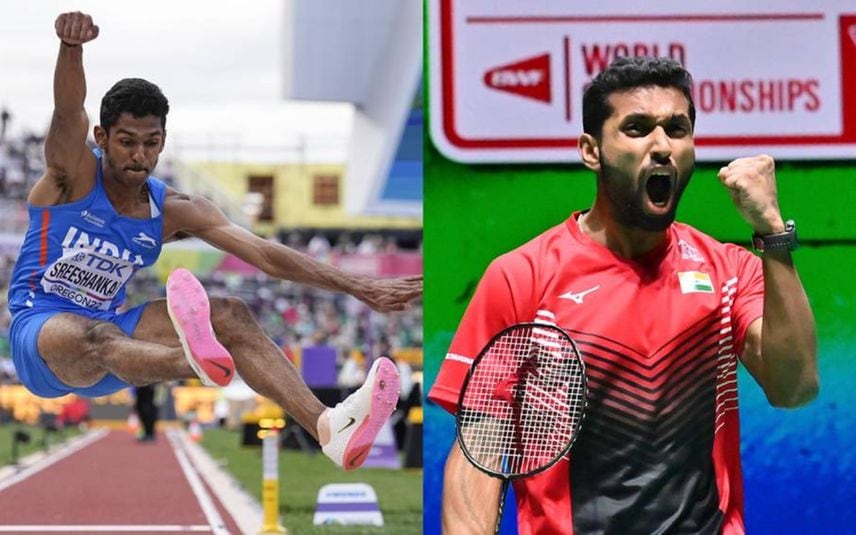 Kerala’s exemplary record in sports owes much to the support, encouragement, and incentives the state used to bestow on its sportspeople. But is it increasingly becoming a past story? So says a recent story in a national newspaper that should make the Kerala government ashamed. It lists ten states that announced the highest rewards to those from their state who won medals at the recent Commonwealth Games (CWG) at Birmingham. Not just that Kerala doesn’t figure among them, but it hasn’t yet announced anything for its winners, even almost three weeks after the games. This is even though the only Indian athlete among India’s 22 gold winners at Birmingham was Kerala’s Eldose Paul in Triple Jump! Among the three athletes who won silver, two were from Kerala- M. Sreeshankar for Long Jump and Abdulla Aboobacker for Triple Jump.Goalkeeper P R Sreejesh added to Kerala’s silver haul when India finished runners-up in hockey. 2022 CWG was also one more international event after the Tokyo Olympics and World Athletics, conspicuous by the near absence (Long Jumper Ancy Sojan was the only Kerala woman athlete) of the legendary breed of Malayali women athletes. However, Deepika Pallikkal and Treesa Jolly held up the flag by grabbing bronzes in squash and badminton.

Haryana, which is emerging as India’s sports powerhouse, is topping the states that cared most for their proud sports persons. Haryana government has announced Rs 1.5 crore each to winners of gold and Rs 75 lakh and Rs 50 lakh, respectively, for those who won silver and bronze at CWG. Haryana is followed by UP and Rajasthan, declaring Rs 1 cr, Rs 75 lakh, and Rs 50 lakh each for their medalists. Punjab has announced awards ranging from Rs 75 lakh onwards, while Delhi, Tamil Nadu, Assam, and Maharashtra begin with Rs 50 lakh. Even states much poorer than Kerala, like Uttarakhand and Jharkhand, have announced Rs 10 lakh, Rs 7 lakh, and Rs 5 lakhs.

Kerala government was only recently lambasted for ignoring the Malayali stars of the Indian badminton team that won this year’s Thomas Cup for the first time in its seven decade-history. The squad consisted of three Malayalis- -HS Prannoy, MR Arjun, and coach and manager U Vimal Kumar, a former national champion. India beat the 14-time champion Indonesia in the final and thrashed mighty Malaysia and Denmark in the semis and the quarter. Prannoy remained unbeaten throughout the championship along with Srikanth Kidambi to make some of the clinching wins. The BBC headlined India’s historic victory thus: “How cricket crazy India scripted world badminton history” and went on; “The India men's team has little tradition of success at the world championship in this sport. But their Thomas Cup win has all the makings of a defining sporting moment - rarity, incredulity, and impact.”.

The tournament was in May, and Prannoy and other Malayali stars returned to Kerala with their heads held high. But despite the media celebrating the stars who made the historic win, the state government appeared it couldn’t care less. Only after the media reported on its callous attitude the state cabinet announced rewards in July. But even then, the government showed a lack of grace as it came not just too late but was too little also. Rs 5 lakh each for the players and 3 lakh for the coach in recognition of bringing home the world’s highest prize in badminton! Even a decade ago, the then LDF government under V S Achuthanandan had given Prannoy a reward of Rs 10 lakh for winning silver in the Youth Olympics at Singapore in 2010!

Though the Central Sports Ministry announced Rs 1 crore to the Thomas Cup winning team, badminton in general ad players like Prannoy have been victims of neglect and discrimination for long. Two years ago, Prannoy publicly expressed his dismay at not being considered for the Arjuna award even after those with much lesser credit were nominated by the Badminton Authority of India (BAI) Ministry. Compare this with the Odisha Chief Minister and sports lover Naveen Patnaik who sent a chartered plane to Gopichand Academy for bringing the Thomas Cup winning team to Bhubaneswar to be felicitated!

At the same time, the Kerala government deserves kudos for giving a purse of Rs 2 crore to Sreejesh after India won the hockey bronze at Tokyo Olympics last year. The media quoted a Kerala government official who claimed that what Kerala lacked in cash rewards was made up by jobs. “We gave 604 sports quota jobs during 2016-22, including 250 in general administration, 137 in police, 147 in the sports department, and 11 in the education department for Santosh Trophy winners. Other jobs were offered in the state electricity board, state road transport corporation, and PSUs,” the official told the paper.

But the paper also says that Sreeshankar would be the only Olympian looking for a job. On his return from Birmingham with his silver, the young long jumper said his only dream was to get a job. This has been an ongoing story. In February 2021, sportspersons who won medals during the 2015 National Games held a demonstration in front of the secretariat, with their heads shaven, demanding their promised clerical jobs in the sports quota. The then Chief Minister, Oommen Chandy, made the promise in 2015, which remained a promise even after six years during the subsequent LDF rule. Last December, the hapless youngsters held another demonstration, by crawling on their knees, to remind the present LDF government of their old promise. Not just were they not given a hearing by Sports Minister V.Abdurahiman, but they complained that he even insulted them by not meeting them after he called them for talks to his office. They said they waited in vain for three hours to meet the Minister. Later, after the media raised some voice, the Minister met the sportspersons and promised the cabinet would soon decide to appoint 24 persons to the sports quota list for 2010-14 within two months. The Minister also said that a committee would soon be set up to study employing the remaining names in the list and submit the report within 45 days. But a website reported next February that no appointments were made even after two months, and the order to form the committee was issued only a few days earlier. Abdurahman's promise is now nearing one year old.

The famed Kerala Model of development has been responsible for the state’s sustained public health and education achievements. Kerala’s impressive record in sports owes much to both the positive and even negatives of the Model. On the positive side are the relatively better health, education, and aspiration levels enjoyed by a large section of the population, cutting across all differences, including gender. Among the negatives that helped the blossom was the Kerala Model’s failure to create sufficient economic and employment opportunities, which forced educated and healthy young men and women to explore every possibility, including sports for jobs and livelihoods. They dashed through tracks and jumped over bars with fire in their bellies. Not just for medals but a better living for themselves and their families. In 1970, CPI’s P Ravindran, the Sports Minister, formed a committee under Justice V R Krishna Iyer to recommend ways to develop Kerala’s sports. The setting up of G V Raja Sports schools that led to the sports revolution in Kerala was among the several insightful recommendations of the committee. Half a century has since passed, and Kerala has changed radically during this period. A comprehensive study by an eminent committee led by someone of Iyer’s stature to reform the state’s sports policy in step with the times and by taking into the larger socio-economic changes also is highly warranted to salvage Kerala sports. The recently announced new sports policy for the state with bombastic projects like Elite Academy to “attract stars from all over the globe,” etc., apparently made by the minions in the bureaucracy, hardly fills the bill.