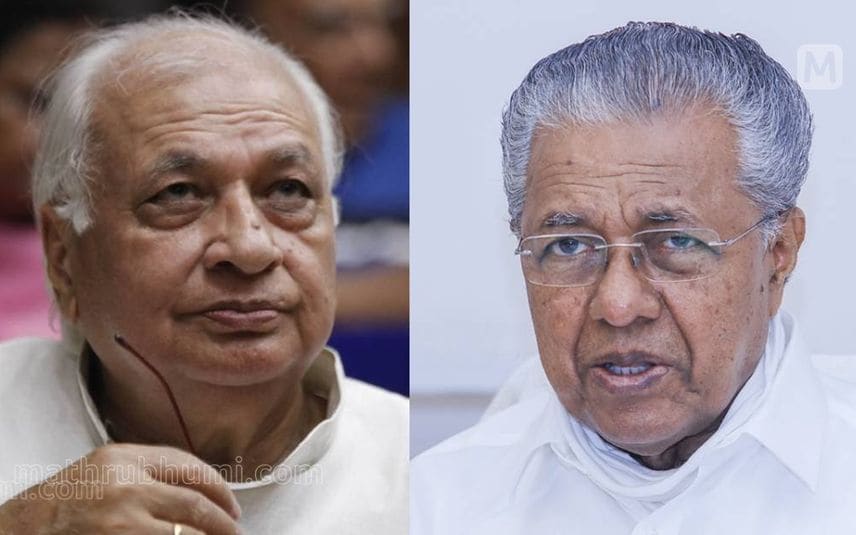 The recent and continuing spat between Kerala Governor Arif Mohammed Khan and Chief Minister Pinarayi Vijayan does little credit to either - and I say this as someone with high regard for the personal qualities of each individual. Arif Sahib is an intellectual of rare distinction, easily the most well-read man in Indian political life, multi-lingual, with a broad and capacious mind and an unusual capacity for original thought. Pinarayi ji is a first-rate chief executive, highly professional in his dealings and with a remarkable ability to deliver the results he wants on the issues that matter. Together they would make an amazing combination. But as rivals, they have created a situation in the governance of Kerala that is little short of toxic.

This column is not, however, about their specific quarrel, about which so much has already been written that there is little to add. It is rather about the institutional structure that has enabled such a dysfunctional situation to arise - specifically the role of Governors and their implications for Centre-State relations.

It is interesting that so many Governors, who are supposed to be above the political fray, have recently been embroiled in clashes with the Chief Ministers and governments of their states. West Bengal Governor Dhankar's clashes with CM Mamata Banerjee were legendary, and deeply unpleasant; they only ended with Dhankar's elevation to the Vice-Presidency. Tamil Nadu Governor Ravi and Maharashtra Governor Koshiyari have had major clashes with their governments, though in the latter's case the government has now fallen and the Governor presumably has cause to breathe easy since. But such episodes raise questions about the supposedly non-political role of the Governor.

Interestingly, when the NDA Government, in its first months in office, demanded the resignations of several UPA-appointed Governors, they implied that politics were indeed involved and that Governors should make way once the Union Government that had appointed them had lost a general election. At that time, many had raised the issue of the constitutional propriety of such a demand, and CPI(M) leader Sitaram Yechury had called it 'politically unethical and constitutionally incorrect'. The Governor, he argued, was above politics and should be treated that way.

But the politicisation of the office of Governor has a hoary history. If we go back far enough, the practice of turfing out Governors appointed by the defeated Government started in 1977, when the victorious Janata Party defenestrated a number of Indira Gandhi appointees. Changes of government have often seen a recurrence of the practice by all sides, though it is also true that many governments have left Governors appointed by their predecessors in place. In October 1980, when Tamil Nadu Governor Prabhudas Patwari was dismissed on the basis of the argument that Governors serve at the President's 'pleasure' under Article 156 (1), the principle was generally accepted that the Prime Minister of the day could dismiss any Governor for political reasons, and without giving any explanation, since the PM alone decided when the President would grant or withdraw his 'pleasure'. But in 2010 the Supreme Court differed, concluding, on a petition moved by one of the Governors dismissed in 2004, that the government cannot arbitrarily transfer appointed Governors without 'compelling' reasons. It declared: 'Nor can he be removed on the ground that the Union government has lost confidence in him. It follows, therefore, that a change in government at the Centre is not a ground for removal of governors holding office to make way for others favoured by the new government.'

The Supreme Court's stand does indeed place the Governor above the political preferences of either the Union or the state government. But it was blithely disregarded, with impunity, when the NDA government came to power in 2014 and summarily removed a dozen UPA appointees. The BJP then argued that a Governor appointed by a defeated Government would have a different view of national policy than the new Government, giving rise to conflict between the Governor's views and the Government's. This argument flies in the face of the Supreme Court's reasoning, but political reality left the UPA-appointed Governors little choice, and they all stepped down, even Kerala Governor Sheila Dikshit, who had been appointed only in March 2014. And the BJP's approach opened up the opposite problem from the one the Court had considered -- when Governors seem to be pursuing the political interests of the ruling party at the Centre while serving in a state ruled by an Opposition party.

(Click here to read second part of this article)

CPM to invite DMK leaders to protest against Kerala governor