Great sportsmanship was displayed at the 44th Chess Olympiad on Sunday by a Jamaican player. 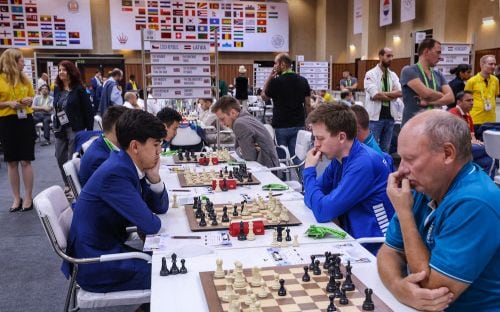 Mamallapuam: Great sportsmanship was displayed at the 44th Chess Olympiad on Sunday by a Jamaican player.

Meelis was in a winning position when he fainted after Jaden's 39th move.

He was rushed to a private hospital where his condition was said to be stable.

The Estonian fainted at about 7 p.m., about four hours after the third round started.

Rather than letting the clock run out of time and win the game, Jaden offered a draw which was accepted by the team captain.

According to FIDE, arbiter Geert Bailleul, a trained nurse, immediately attended to Meelis with the help of sector managers Omar Salama and Nebojsa Baralic. IANS