Young footballers call for 'Justice for George Floyd' in Germany 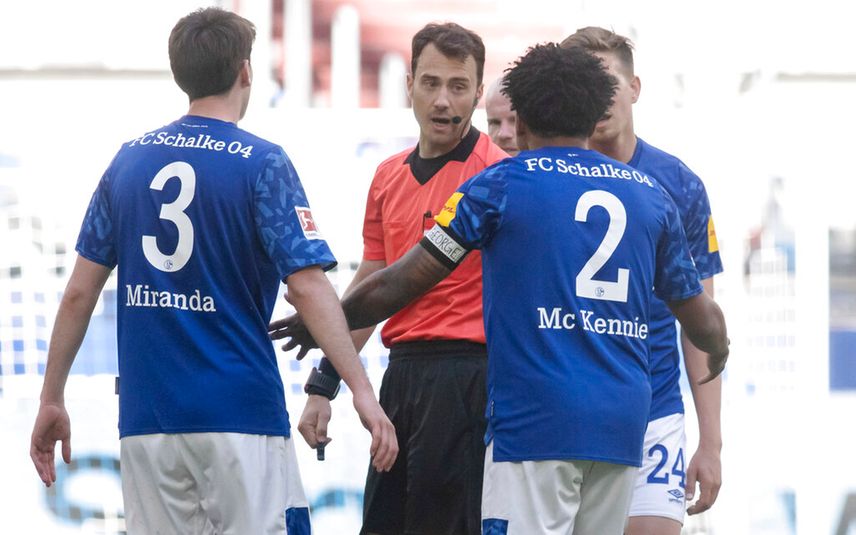 Berlin: Four young soccer players in Germany's Bundesliga addressed the death of George Floyd in the United States with protests against police brutality and calls for justice over the weekend.

Sancho scored his first hat trick in Borussia Dortmund's 6-1 win at Paderborn with no fans present, but removed his jersey after his first goal to reveal a T-shirt with the handwritten message "Justice for George Floyd" on the front.

"First professional hat trick," Sancho said on Twitter. "A bittersweet moment personally as there are more important things going on in the world today that we must address and help make a change. We have to come together as one & fight for justice. We are stronger together!"

Sancho was given a yellow card for taking off his jersey, but it didn't stop teammate Hakimi from lifting his shirt to reveal the same message after he grabbed Dortmund's fourth goal in the 85th minute.

Earlier, Thuram took a knee after scoring in Borussia Mönchengladbach's 4-1 win over Union Berlin. The Gladbach forward scored in the first half and then dropped his left knee to the ground and rested his right arm on his right thigh as he bowed his head in reflection. He spent five seconds in this position before getting up again to continue.

"No explanation needed," Gladbach said on Twitter with a picture of Thuram kneeling.

Thuram, who also scored Gladbach's third goal, made no comment on his gesture after the game.

"He got to the point," Gladbach coach Marco Rose said. "He made a sign against racism, one we all completely support of course. I believe that everyone fully supports it, that everyone has the same thoughts he does."

Floyd's death and footage of his neck pinned under Chauvin's knee reignited fury over the treatment of African Americans at the hands of police, leading to nightly protests and violent clashes with law enforcement throughout the United States.

On Saturday, McKennie wore an armband with the handwritten message "Justice for George" around his left arm. McKennie later said on Twitter: "We have to stand up for what we believe in and I believe that it is time that we are heard!"

McKennie also said that he felt good using his platform to address a long-standing problem.

Schalke, which lost 1-0 to Werder Bremen, is backing McKennie.

"We as Schalke 04 are supporting our player's position 100%," the club's sporting director Jochen Schneider told the Bild tabloid. "The violent death of American citizen George Floyd has shocked people all over the world. Our player Weston McKennie sent a clear signal against this unbelievable act and against racism yesterday."

The German soccer federation's control committee is to decide in the next days if it intervenes, with any sanctions ultimately decided by its sports court. However, it has not acted on similar incidents in the past. The federation has also campaigned strongly against racism.

In 2014, Union Berlin forward Anthony Ujah displayed a T-shirt with the name of Eric Garner, and the words "can't breathe" and "justice" in reference to Garner's death after a police officer placed him in what appeared to be a chokehold.

Ujah, who was playing for Mainz at the time, was given a warning and reminder of the ban on political statements from the federation.

On Thursday, Ujah tweeted a picture of his protest from the time, but with Floyd's name typed above in bold.