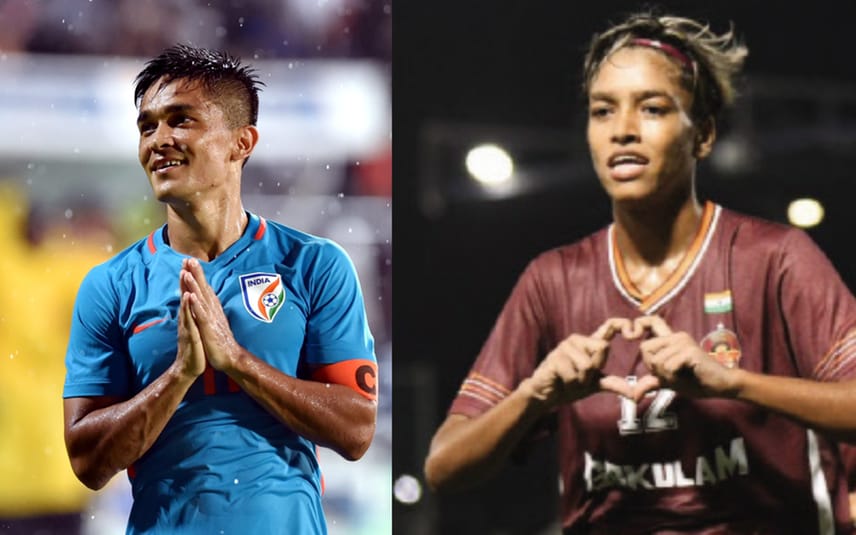 Sunil Chhetri bagged the All India Football Federation’s (AIFF) Footballer of the Year award on Tuesday. This is the seventh time he is winning the award - most by any player in history. Meanwhile, 20-year-old former Gokulam Kerala FC midfielder Manisha Kalyan bagged the Women's Footballer of the year award.

Chhetri, the third-highest international goalscorer among active players, behind only Cristiano Ronaldo and Lionel Messi, scored four times this past year to help India qualify for the 2023 AFC Asian Cup. He was also the lead scorer in the SAFF Cup and the player of the competition.

Manisha Kalyan, the first Indian female footballer to play in the UEFA Women's Champions League, after signing with Apollon ladies in Cyprus, earlier bagged the 2020–21 AIFF Women's Emerging Footballer of the Year award.

As a young footballer, I didn't have the opportunity like Next Generation Cup: Sunil Chhetri

Need to pick up from where we left, India captain Sunil Chhetri on clash with Hong Kong