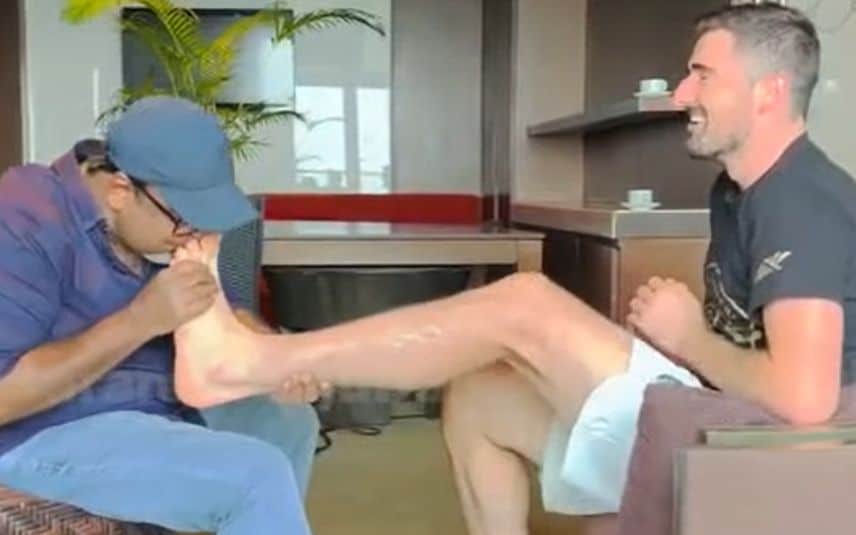 Kochi: Football commentator Shaiju Damodaran kissed the foot of Kerala Blasters midfielder Ivan Kalyuzhnyi. The incident occurred during Shaiju‘s interview with the Ukrainian. The video of the incident went viral on social media.

The Malayalam commentator said the kiss was from Keralites and not from him. This statement made the Kerala Blasters' fans angry.

Several fans pointed out that Shaiju crossed the limits. While others opined that fans of Kerala Blasters would not stoop to such a level. Some fans came out in support of him. The interview was published on Shaiju’s Youtube channel.

Ivan Kalyuzhnyi, the top scorer of Kerala Blasters has scored four goals for the team so far.