International Day of People with Disabilities 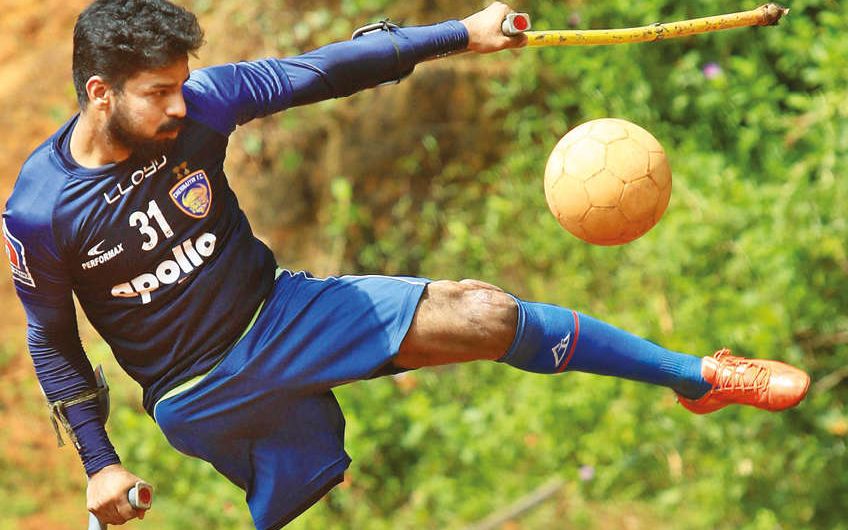 Kozhikode: Vysakh’s life took a U-turn 13 years back when he was just 13 years old. He was en route to the selection camp for the District Football team, but his bike crashed into a bus and he lost his right leg.

Vysakh, a native of Perambra, who loved playgrounds and the cheerings, was stuck for a moment but regained his sportsmanship gradually. This 26-year-old youth now runs like a cheetah in the ground with a walking stick. Deservingly, Vysakh heads the first Indian Amputee Football team of India. He is also the captain of the Sitting Volleyball team of Kerala and a member of the national team.

The cheerings and the energy he receives from the ground is his fuel of life. He played volleyball and football in many countries representing India. He was invited as the chief guest of a day in last year’s ISL in Guwahati. He is a motivational speaker as well.

Currently, he works as a pharmacist in the Palakkad Erimayur Govt Homeo Dispensary. He is going to marry his long time girlfriend next month.

INTERNATIONAL DAY OF PEOPLE WITH DISABILITY