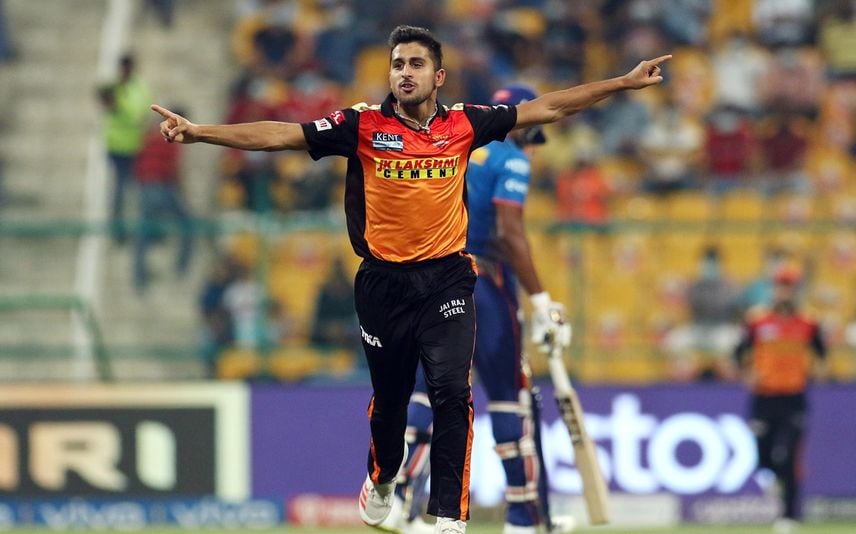 The first month of the Tata IPL-15 was made memorable by Jos Buttler’s three centuries, KL Rahul’s two centuries against Mumbai Indians and a few more remarkable displays with the bat, notably Shikhar Dhawan’s consistent showing for the Punjab Kings.

On the bowling side Umran Malik — retained by Sunrisers Hyderabad - has been a spectacle to watch and so has been Rajasthan Royals Kuldeep Sen. Gujarat Titans’ Hardik Pandya, the Jaipur side’s Sanju Samson and the Sunrisers" Kane Williamson have also excelled as captains and leaders. Rahul of the Lucknow Super Giants has also been smart in marshalling his resources.

Apart from the above-mentioned a lot of action has taken place with some lovely cameos with the bat and timely strikes with the ball. The Mohali side’s Liam Livingstone, Royal Challengers Bangalore's Dinesh Karthik, Chennai Super Kings' Mahendra Singh Dhoni and the Rajasthan Royals' Yuzvendra Chahal have proved their mettle.

Looking from an Indian angle, the stand-out has been Umran Malik, followed by Madhya Pradesh's Kuldeep Sen. Both have won matches on their own and provided electrifying moments in the league that has been dominated by the new franchise teams Gujarat Titans and Lucknow Super Giants, the Sunrisers Hyderabad and Rajasthan Royals.

India's premier fast bowlers have been in the thick of the action for different teams in the league, but no one has been as riveting as Malik who thinks and bowls like a fast bowler. He has the advantage of working and sharpening his skills with South African great Dale Steyn, a point highlighted by the Sunrisers Head coach Tom Moody at a post-match press conference. The way he set up Kolkata Knight Riders' captain Shreyas Iyer with a short and yorker length to bowl the right-hander is a moment to cherish for all.

The Sunrisers gave three matches to Malik in the league played in the UAE last year, and he proved that he is e cut out for the Twenty20 format. He is an improved or refined version this season in comparison with his debut performance last season. This season he has even taken four wickets in a match; 4 for 28 against the Mohali side. What makes him a very dangerous opponent is his accuracy and varying it to the kind of batter he bowls to.

Malik has little experience of first-class cricket and the former England captain Michael Vaughan has urged the BCCI to facilitate him play in the English County Championship. The tyro fast bowler will gain a lot, picking the brains of Steyn and others in the support staff like Brian Lara, Muttiah Muralitharan, and Moody. In the field, Malik has the New Zealand captain Kane Williamson to show him the way in different situations. There is no doubt that Malik is a talent that's bound to achieve glory in his career; those who have watched him believe he will play for India sooner than later.

Bowlers get around 16 minutes to show their wares in a Twenty20 match, whereas the batters get as much around 100 plus minutes, as Rahul and Buttler got it when they scored centuries. But a fast bowler like Malik is a rare talent and his energy, the drive to excel and knocking down the stumps by sheer pace or hastening the batter to play shots puts him in the centre stage straightaway. He bowls at speeds that are in the 140 kmph - 150 plus range.

Legendary Indian cricketer and media personality Sunil Gavaskar had this to say: “Umran Malik has been very, very impressive with his speed, but more than his speed, it’s his accuracy that’s impressed me. A lot of guys who bowl at that speed tend to spray the ball around but Umran bowls very few wide deliveries."

Former West Indian fast bowler Ian Bishop who is a Star Sports commentator says: "He (Malik) has genuine pace, you cannot go to a supermarket and buy that. You can train someone to master line and length, but can’t teach someone how to bowl fast."

Bishop further said of Malik: “He scares you the same way Lockie Ferguson (New Zealand) and Jofra Archer (England) do, and Dale Steyn loves him. It’s just fascinating to me what Umran Malik can become. If he stays fit, he’s going to play for India and international cricket. I would also repeat how many Umran Malik’s around this vast nation are yet to be discovered.”

The second month of the IPL would be crucial for the likes of Malik. The heat and humidity can be sapping in the month of May. Malik makes a big difference to the Sunrisers attack. He has the energy and skill to grab some more wickets in order to take his team to the playoffs.