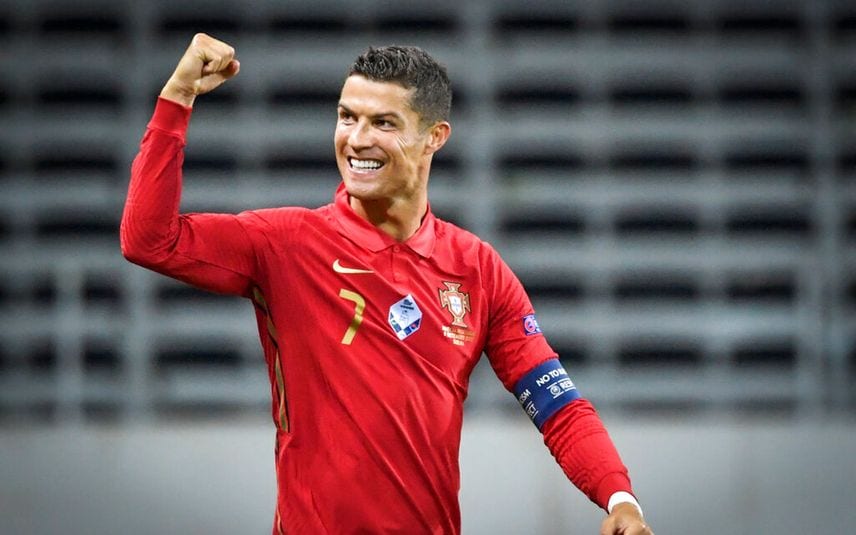 Doha:Cristiano Ronaldo added another gem to his already decorated hat as he became the first player in history to score in five different World Cups as his penalty helped Portugal register a 3-2 thrilling victory over Ghana in a Group H encounter on Thursday.

The Portugal captain achieved this milestone after he converted a penalty in the 65th minute of the game against Ghana on Thursday.

One of the most decorated players in the history of the game must feel relieved since he was in the proverbial "eye of the storm" following his departure from Manchester United.

Talking about the match, Ronaldo grabbed centre stage throughout the game as well, but for some reason as he wasted two golden opportunities in the early going. Ronaldo dominated the build-up to the game as the aftermath of his contentious interview last week continued.

Otavio's through pass allowed Ghana's Lawrence Ati-Zigi to race off his line and deny him in a one-on-one situation first. Then, minutes later, he strangely headed a Raphael Guerreiro cross wide at the far post.

Ronaldo did manage to put the ball in the back of the net as Portugal maintained their lead in the 31st minute, but the referee ruled that he had fouled Alexander Djiku before beating Ati-Zigi, so his celebrations were cut short.

In the first half, Portugal's skipper continued to cut a frustrated figure by failing to take advantage of a Raphael Guerreiro header that fell to him inside the six-yard box, but the story changed drastically after the break.

Up until that point, Ghana had diligently defended, but Ronaldo finally took advantage of his opportunity after being deemed to have been fouled by Salisu, striking a decisive penalty beyond Ati-grasp, Zigi's his 118th international goal setting off loud celebrations in Portugal.

Danilo Pereira, a Portuguese defender, failed to block a cutback from the dangerous Mohammed Kudus, which allowed Ghana's Ayew to score from close range, bringing the score to a temporary tie.

The game appeared to be over for Ghana after those goals, and Fernando Santos took advantage of the opportunity to substitute Ronaldo for the remaining moments. However, a mistake from Joao Cancelo allowed Bukari to score again, and there was then a major scare when Costa was robbed by Williams at the very end. But in the end, Portugal prevailed, moving them atop Group H. (ANI)