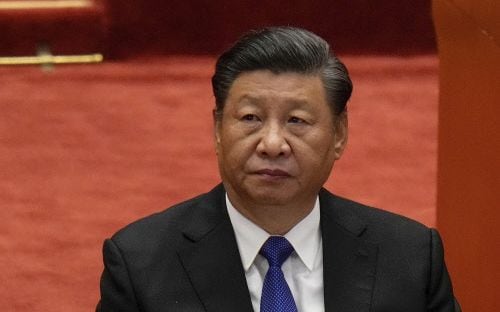 Beijing [China]: The numbers and rapid deployment of Chinese maritime vessels have "radically changed the peacetime balance of forces in the South China Sea".

According to a new report by the Washington-based Center for Strategic and International Studies (CSIS) hundreds of Chinese maritime militia vessels are operating in contested areas of the South China Sea poses a significant challenge to "maritime order rooted in international law."

Citing Radio Free Asia, India-Pacific Defense Forum reported that for years the Chinese Communist Party (CCP) has been funding the expansion of the maritime vessels to assert its claims in the South China Sea.

In its report published in November 2021, "Pulling Back the Curtain on China's Maritime Militia," CSIS provided a comprehensive profile of a force that it said has been operating alongside Chinese law enforcement and military to achieve Chinese political objectives in disputed waters.

This is known as "grey-zone tactics" when unconventional forces and methods are used to pursue strategic interests while trying to avoid the possibility of a conflict.

The report said that the creation in recent years of Chinese outposts with large port facilities led to a sharp increase in the number of maritime militia vessels sailing to the disputed Spratly Islands.

"The big picture is that there have been about 300 maritime militia vessels deployed in large groups around the Spratly Islands since August 2018, relying on China's artificial islands for logistics support but no longer cloistering themselves within those harbours," the report alleged.

The report said that the vessels are funded by the Chinese government through subsidies "that incentivize local actors to construct vessels in accordance with military specifications and to operate them."

The authors concluded that "the majority of Chinese fishing vessels in disputed areas of the South China Sea do not operate as independent commercial actors but instead as paid agents of the Chinese government obligated to help fulfil its political and national security objectives."

Additionally, the report provided a list of 112 Chinese militia vessels allegedly active in the South China Sea, and 52 more ships "likely to be militia."

The report also said since completing the construction of its artificial island outposts in the Spratly Islands in 2016, the CCP has shifted its focus toward asserting control over peacetime activities across the South China Sea, and the maritime militia is a key component of this shift.

Since then, militia boats have been deployed regularly and in great numbers to disputed waters in the Spratlys. A recent large-scale deployment was in March 2021, when about 200 suspected militia boats gathered near the Whitsun Reef in Union Banks, leading to a diplomatic rift between China and the Philippines. (ANI)