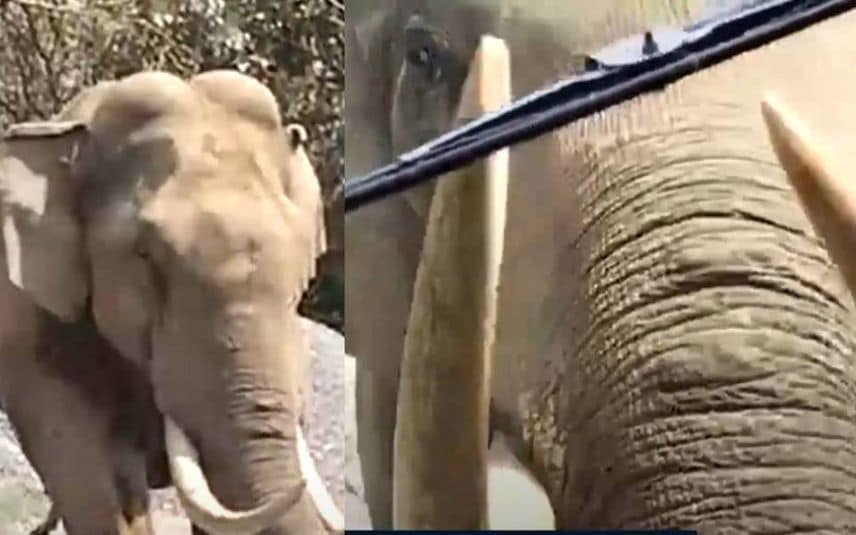 Visuals from the attack of 'Padayappa'

Thodupuzha: A wild elephant charged at a KSRTC bus in Munnar and broke the front glass of the vehicle. The elephant, named ‘Padayappa’ by the forest officials, attacked the bus on a road in Marayur near DySP camp centre here.

There were over 50 passengers in the bus that commenced service from Udumalaipettai. Following the attack of the elephant, the road transport in the Udumalaipettai- Munnar interstate road was blocked for almost half-an-hour.

The bus resumed journey later. No one was injured in the attack.