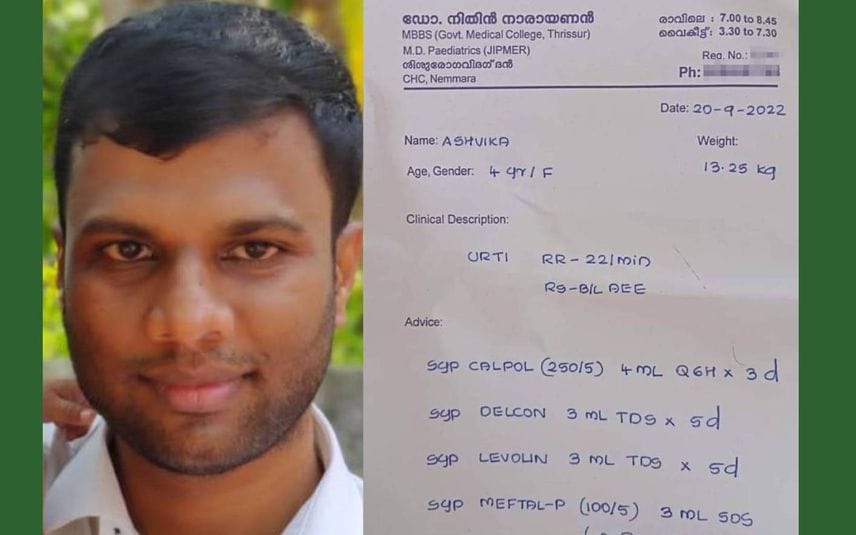 Nenmara: “We cannot generalise that all doctors write in illegible handwriting. A generational shift has occurred in this sector too,” says a Kerala paediatrician whose medical prescription is going viral on social media for its eye-catchy handwriting.

Dr Nithin Narayanan of Community Health Centre (CHC) here in Palakkad, is the doctor becoming a social media star for his all-caps prescription.

He hails from Thrissur’s Padiyur, near Irinjalakuda, and has been working in the CHC for the last three years.

Though various agencies have mandated that doctors must write prescriptions in block letters, still many refrain from doing so.

Since childhood, he developed the skill of good handwriting. “Copybook practices helped me and even after the completion of studies, I tried to maintain the writing style,” he said.