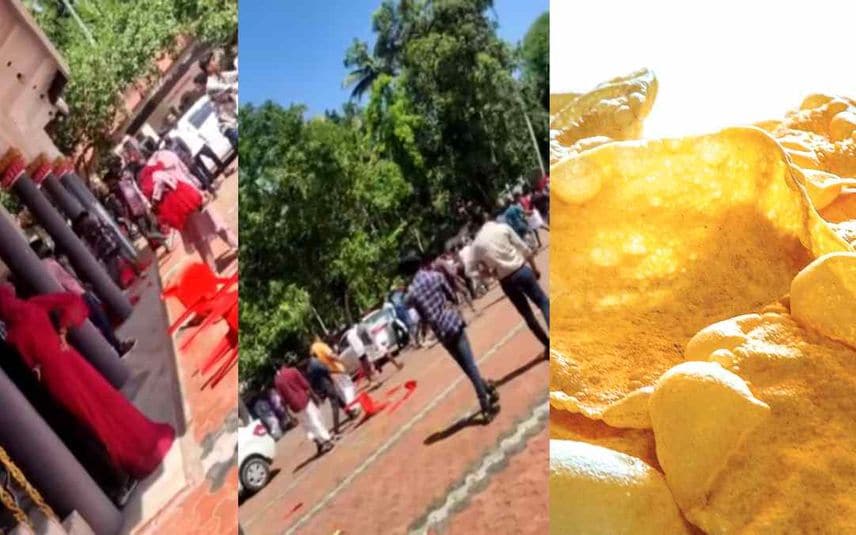 Haripad: In a bizarre incident, the row over not serving papadam at the wedding feast escalated to a fist fight in Alappuzha.

The incident happened in an auditorium at Muttom here on Sunday afternoon.

Three suffered injuries in the brawl They are identified as auditorium owner Muraleedharan(65), Johan(21) and Hari (21).

The fist fight broke out after friends of the bridegroom demanded papadam while having the feast. This triggered a verbal spat and ended up in a brawl.

Police have registered a case over the matter.

According to the officials, the groups attacked each other with tables and chairs in the auditorium.