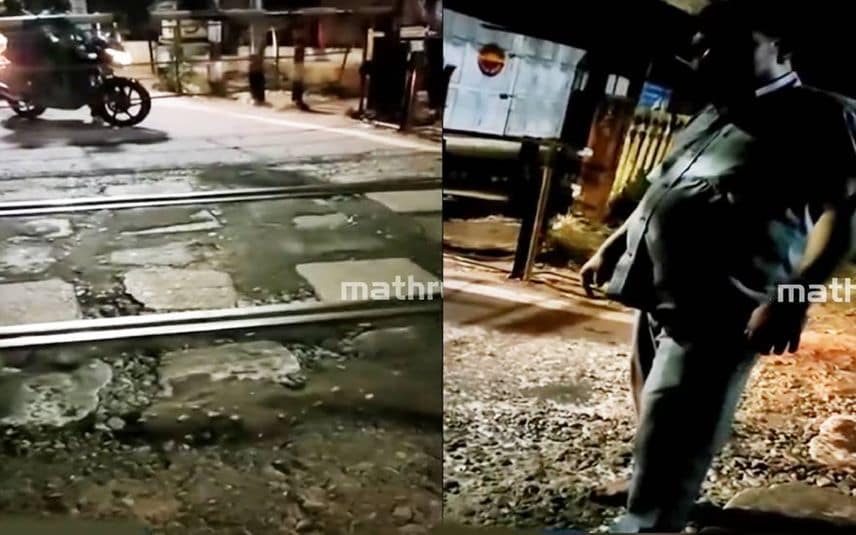 Varkala: A gatekeeper trapped an auto rickshaw, that was carrying a family, in the level cross as the driver questioned delay occurred in opening the gate. The incident occurred at Punnamoodu railway gate in Varkala on Wednesday by 4.30 am.

Malayankeezhu native Sajan and his mother Susy were travelling in the auto rickshaw of Ashish from Varkala. They have lodged a complaint claiming that the gatekeeper lowered the railway gate and confined them inside the level cross for 10 minutes. The gatekeeper was provoked when the auto rickshaw driver questioned him over the delay in opening gate even after the train passed.

Sajan, his wife Adithya and mother were travelling from Thiruvananthapuram to Alappuzha in Ernad express. But they boarded the wrong compartment. They tried to shift to the right compartment after reaching Varkala. However, only Adithya could get in the compartment and the train left before Sajan and mother could enter. However, Adithya informed Sajan that she would wait at Kollam station and asked him to reach there by another vehicle.

Following this, Sajan and mother set out to Kollam in an auto rickshaw and found the Punamoodu railway cross closed even after the train passed by. Later, he opened the gate as the autorickshaw driver Ashish kept sounding the horn. After entering the cross, Ashish questioned the gatekeeper. This annoyed the gatekeeper and he lowered the lifting barrier and trapped the auto rickshaw within the level cross. A verbal spat broke out between them and Ashish said that the gatekeeper opened the level cross only after 10 minutes. Ashish has lodged a complaint against him to the railway officials.