Chief Minister Pinarayi Vijayan and other ministers must be ready to reveal details of their assets. The minister and senior leaders have amassed wealth ever since LDF came to power. All of it must be investigated, said Surendran. 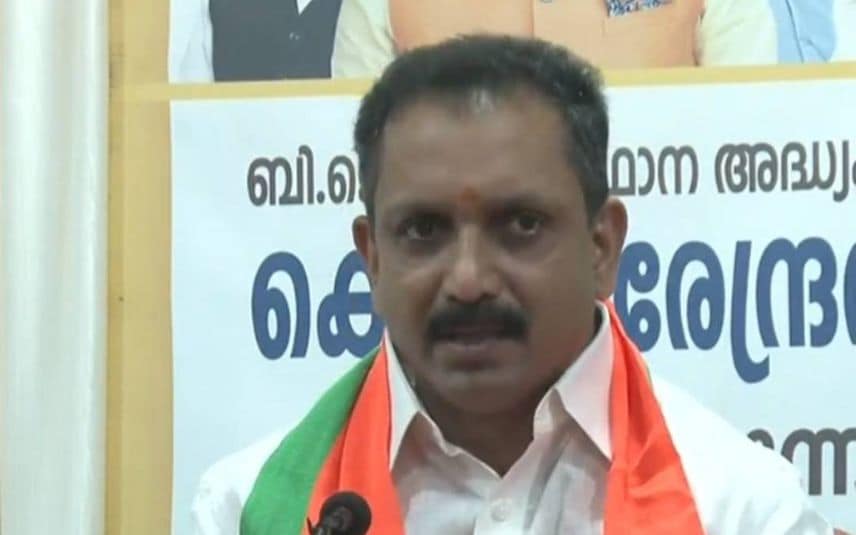 Kasaragod: BJP Kerala state president K. Surendran said that Karnataka closing its borders with Kerala was only an allegation. Stating that roads will not be closed, the BJP leader said that action will be taken to ensure transport facilities for the people of Kerala.

K. Surendran was speaking to the media here ahead of BJP’s ‘Vijaya Yathra’ led by him entering Kannur district on Monday.

Every state will be concerned about their safety. According to India’s Covid-19 statistics, 74 percent of the cases are being reported from Kerala and Maharashtra. The former is reporting more cases than the latter and is number 1, said Surendran.

The BJP state president also criticized that corruption has tightened its grip in Kerala. Chief Minister Pinarayi Vijayan and other ministers must be ready to reveal details of their assets. The minister and senior leaders have amassed wealth ever since LDF came to power. All of it must be investigated, said Surendran.

“RTI information has revealed that the Speaker himself has made 21 Dubai visits. Is he the Speaker of Kerala or that of the GCC countries? What is his business in Dubai? There must be a probe into all of the foreign visits made by the ministers,” he demanded.

Karnataka had closed its borders, including National Highways citing the spread of coronavirus in Kerala. Karnataka has mandated RT-PCR tests for those crossing the border at 4 places including Thalappady. Earlier, Karnataka had announced that it would intensify Covid-19 restrictions from Wednesday. Restrictions have been imposed on 17 roads near the south Karnataka border. Out of them 13 roads have been closed. There are stringent restrictions on 4 roads including Thalappady. Vehicles from Kerala were prevented at Bavali checkpost in Wayanad.