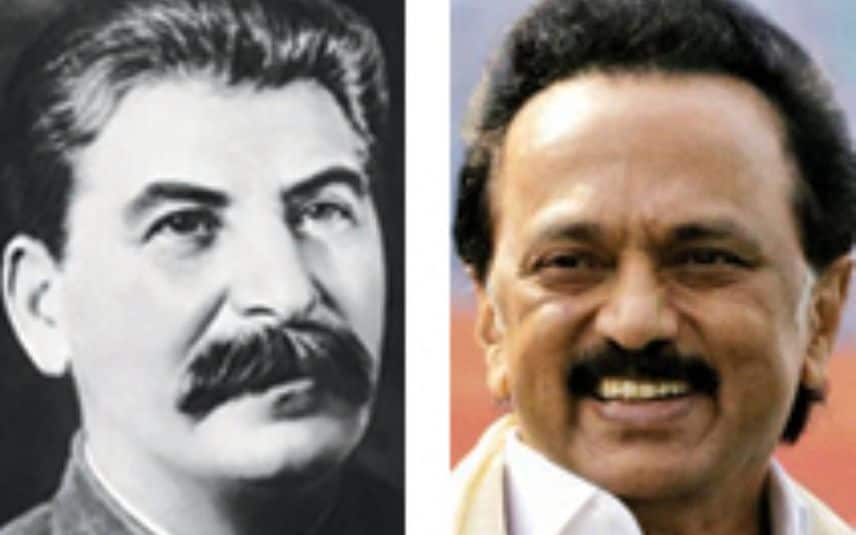 Kannur: The picture of former Soviet leader Joseph Stalin is a recurring image on the cut outs and posters of the 23rd CPM party congress in Kannur. Despite being denounced by the majority of the countries around the world, the love for Stalin is not lost for Communists in the state.

It is worth noting that CPM had never denounced the former Societ leader. However, Stalin was criticised by many communist leaders after reports of his atrocities came to light in the 1990s.

Despite criticism, CPM views Stalin as the saviour of the world from the fascist forces working against humanity.

Further, Tamil Nadu Chief Minister Stalin will attend the party congress as a dignitary. The decision to invite the incumbent chief minister of Tamil Nadu due to being part of the DMK-Congress alliance. The CPM won two of their three seats in parliament from Tamil Nadu.

The party is of the view that an alliance with DMK and a leader like Stalin will benefit the party in the future. In the 2024 Lok Sabha elections, the party expects seats only from Kerala and Tamil Nadu. The party will likely side with the grand alliance that looks to oust BJP from power in the next Lok Sabha election. Therefore, forming a cordial relationship with Stalin was of utmost importance to the party.