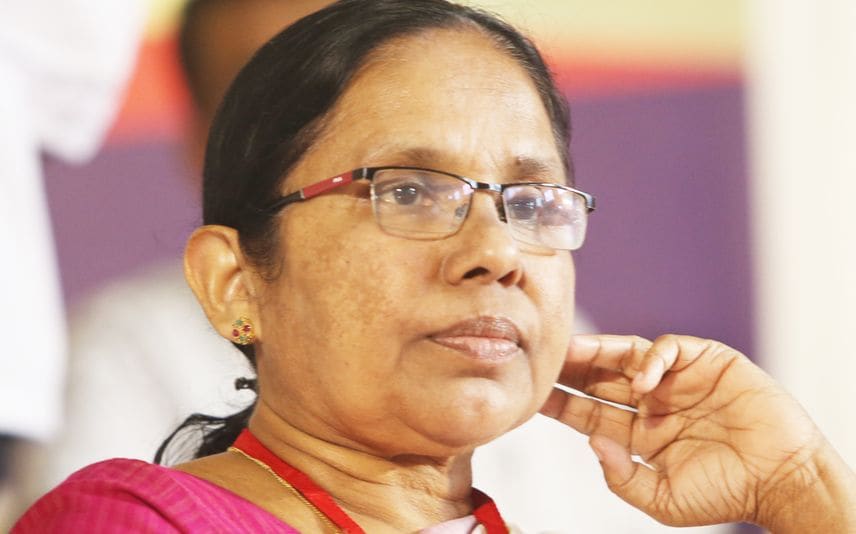 Thiruvananthapuram: Former health minister KK Shailaja broke her silence on the controversies over the Ramon Magsaysay award for 2022. The CPM MLA opened up that the award committee had informed her that she was nominated for the award. When examined, it has been found that such awards were never received by politicians. The award was declined after discussing with the CPM central committee, added Shailaja. She said that the decision was soon passed to the award committee by conveying gratitude for considering her.

A national daily had reported that CPM had ‘scuttled’ the Ramon Magsaysay award for which the former health minister was nominated. The daily mentioned this decision as a “historical blunder” and compared it with the party’s stance to decline the Prime Ministership for Jyoti Basu. However, Shailaja asserted that there is no need to compare the rejection of the Magsaysay Award with the party's decision to decline the Prime Minister post to Jyoti Basu.

“The party resorts to the collective decision in such matters. The award was not for anything personal. The interventions of government in the health sector are being recognised. The measures adopted to control the spread of Nipah and Covid 19 are among them. The award committee has nominated after considering all these achievements,” said Shailaja.

The party leadership observed that the Shailaja was nominated for the award not for any personal achievement, but for the combined efforts of the government. Meanwhile, CPM also upheld the decision to reject the award as it is named after the late Philippines president, who worked against the Communist guerillas there.