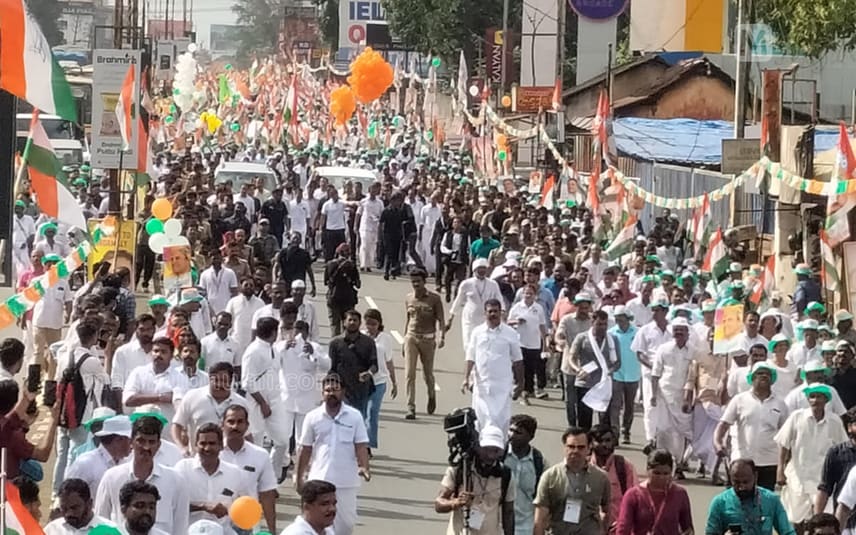 Kochi: Congress leader Rahul Gandhi on Thursday resumed the 'Bharat Jodo Yatra' by planting a sapling brought from Lakshadweep at the premises of the Union Christian College Aluva here.

He also paid floral tribute to a mango tree planted by Mahatma Gandhi at the college on March 18, 1925.

"Day 15 began at 6:20 am from UC College, Aluva with @RahulGandhi paying floral tribute at a mango tree planted by the Mahatma there on 18.03.1925. @RahulGandhi planted a sapling brought from Lakshadweep by a delegation of Athithi Yatris. This is the spirit of #BharatJodoYatra," senior Congress leader Jairam Ramesh tweeted.

Thousands joined Gandhi on the 15th day of the Bharat jodo Yatra, with one side of the national highway completely filled with Congress workers waving the party flag.

The morning session of the Yatra will cover a distance of around 11 kms and will conclude at Karukutty Kappela Junction at Angamaly.

Gandhi will be addressing the press at a convention centre here.

The evening leg of the Yatra will resume at 5 pm from Chirangara bus stop and conclude at Chalakudy Municipal town hall, 8.1 kms away.

The Congress' Bharat Jodo Yatra is set to cover a distance of 3,570 km in 150 days. It started from Kanyakumari in Tamil Nadu on September 7 and will conclude in Jammu and Kashmir.

The Yatra, which entered Kerala on the evening of September 10, will go through the state covering a distance of 450 km, touching seven districts over a period of 19 days before entering Karnataka on October 1.