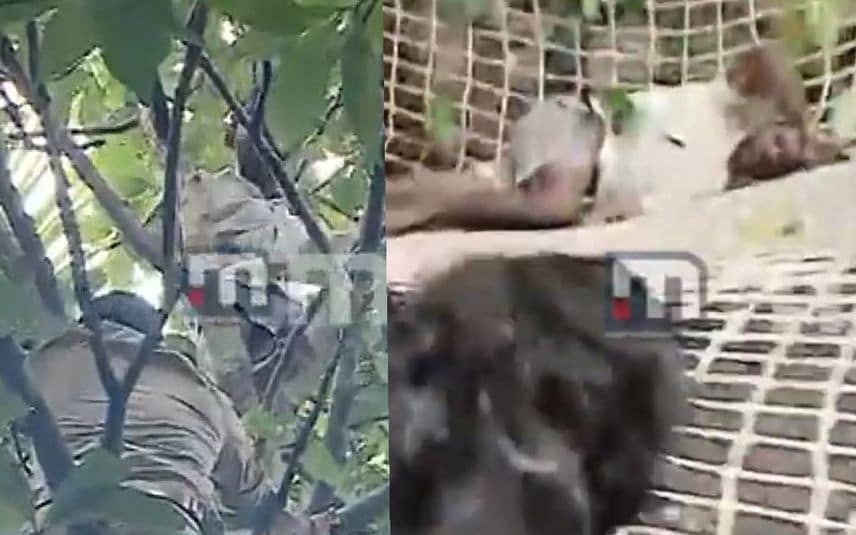 Subhash on the top of the tree (left); Subhash falls into the net spread by fire force | Screengrabs

Thiruvananthapurm: A prison inmate who tried to escape got trapped on a tree inside the Poojappura Central Jail here. A fire force team arrived at the spot and rescued him. He was later handed over to the prison officials.

Subhash, a convict in a murder case, told the fireforce officers that he needs to talk to a judge as the prison officers used to beat him. However, fireforce officials told him to come down from the tree if he wants to see the judge.

He later fell down into the net spread by the fireforce as the branch of the tree was broken.

Jail officers had caught Subhash while trying to escape. However, he managed to climb onto the tree which is in the campus of the Social Security Mission.

Subhash was sentenced to life term seven months ago. He was brought to the Poojappura jail a month ago from the open prison in Nettukaltheri.