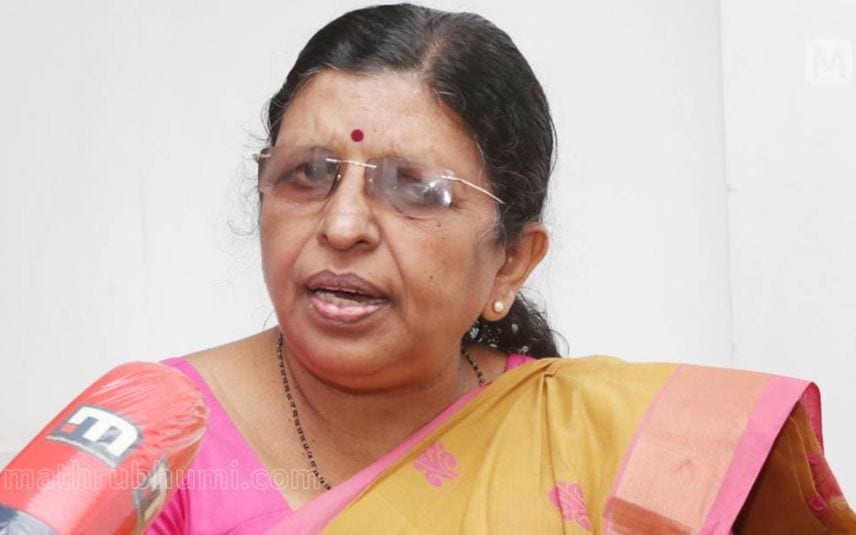 Thiruvananthapuram: Kerala Women's Commission Chairperson P Sathidevi expressed concern over women's safety in the state while commenting on the gang-rape in Kochi. She noted that the safety of women is being questioned in a big way in the state. She urged the police force to remain vigilant to check the violence against women.

"Women could feel safe in their workplace and enjoy the freedom of movement. Police should take action for the same, she added.

She also said that women are unable to travel in crowded cities during night time which is not ideal for a state like Kerala.

"The girl must have got into the car as she was acquainted with them. It should be taken very seriously that women don't feel safe alone in crowded cities. Thankfully, the police intervened so quickly on the matter and took the accused into custody. CCTV must be installed in all cities to ensure travel safety," she said.

She remarked that Keralites tend to see women travelling at night in a bad light. She added that the public's view on the matter could be changed for making women feel safe to travel at night.

Meanwhile, Sathidevi also pointed out that DJ parties have become a nuisance.