Parading of elephants: HC directs to follow rules issued by Travancore Devaswom Board 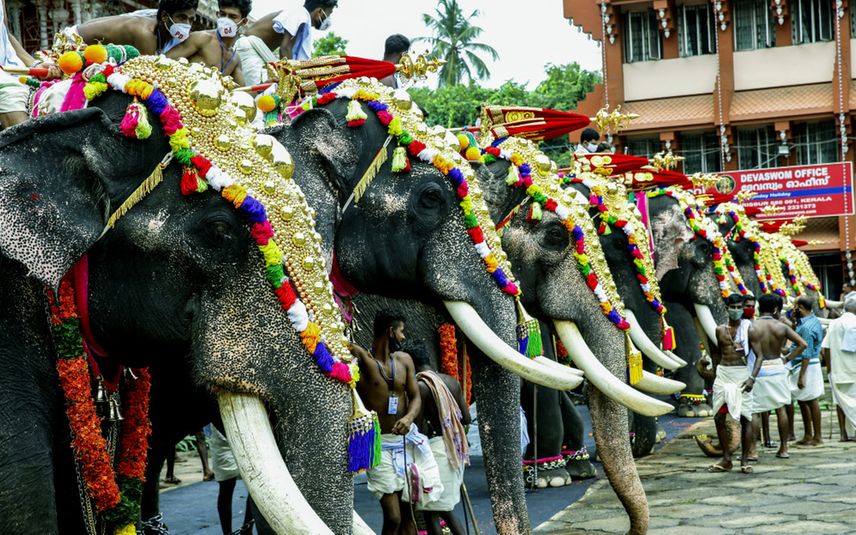 Kochi: The Kerala High Court has directed to strictly follow the circular issued of the Travancore Devaswom Board issued in 1998 and 2000 in relation to parading of elephants during processions (Aana Ezhunnellippu). According to the circular, only elephants allowed for the festival will be permitted in the temple and if more elephants are needed, the committee will have to bear the expense.

The proposal of 2000 was that new elephants should not be allowed in temples under the board without permission. A division bench comprising Justice Anil K Narendran and Justice PG Ajithkumar directed that these be strictly adhered to.

The court was considering a petition filed by Ambalappuzha Sree Krishnaswamy temple action committee chairman P Premakumar seeking an inquiry into the death of an elephant named 'Ambalappuzha Vijayakrishnan'.

The High Court had directed the state government to strictly follow the Kerala Captive Elephants (Management and Maintenance) Rules when parading elephants. Following this, the court directed that the previous directions of the Devaswom Board should also be strictly followed.