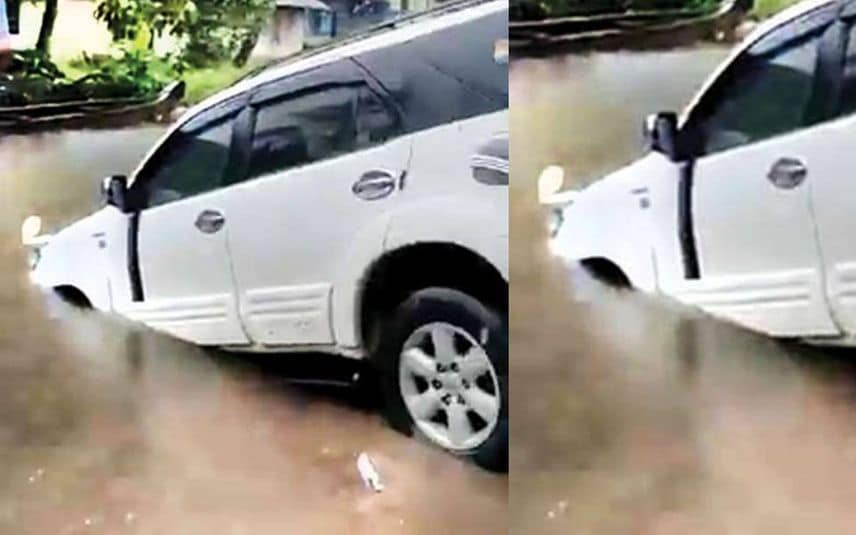 Kaduthuruthy: A group of tourists in a SUV met with an accident when the vehicle fell into a stream here on Wednesday noon. Due to the timely intervention of locals, a major mishap was avoided.

The family from Karnataka was travelling to Alappuzha from Munnar. They relied on Google Maps for directions since the beginning of the journey. When they reached Kuruppanthara Kadavu, the Map recommended going straight. The driver, without noticing the big curve of the road, went straight and ended up in the stream.

The car entered the stream even as the locals screamed at the driver but it was no use. As it has been raining in the area, the stream was full of water.

The natives first rescued the passengers. They then tried to push the vehicle back on to the road but failed. Later, a lorry was used to pull the vehicle out of the stream. The family continued the journey in the same car. The panchayat officials have installed a chain on the location to warn the drivers.