The protest started at around 8 am alleging that the government arranged train for the labourers in Perumbavoor and Moovattupuzha, but no facility was offered for those in Koothattukulam. 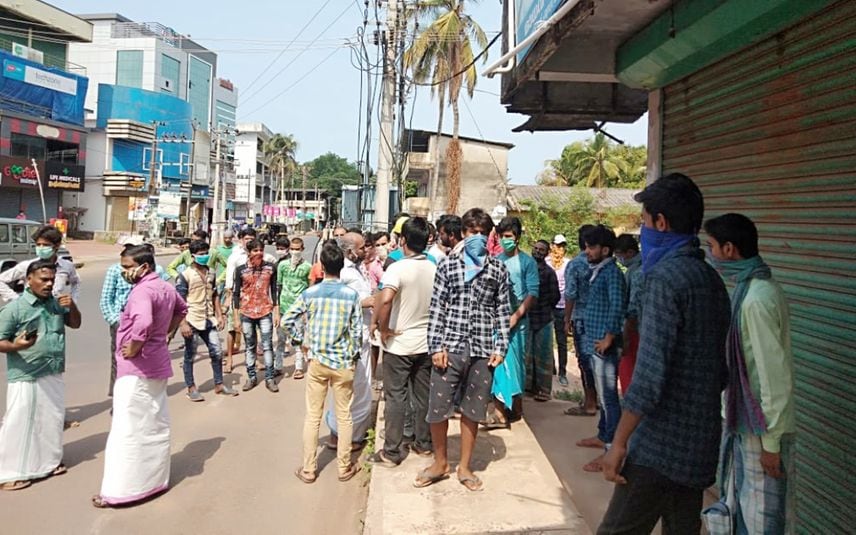 Payyannur (Kannur): A group of migrant workers staged a protest at Payyannur in Kannur and Koothattukulam in Ernakulam demanding return to their native places.

According to the police, the protest in Payyannur was organised by some individuals with vested interests. Somebody misled the migrant workers that they will be taken back to their native places only if they conduct a march to police station. This information was passed to three places including Kayineri and the workers started protesting.

When the locals informed regarding the protest, the police arrived at the place and sent the protesters back to their camps. The police are investigating to find out who made phone calls to the migrant workers asking them to conduct protest. Police have collected phone numbers of two persons and are making efforts to take them into custody.

Nearly 500 labourers protested in Koothattukulam. They blocked the town at MC Road demanding facilities to take them back to their states. The protest started at around 8 am alleging that the government arranged train for the labourers in Perumbavoor and Moovattupuzha, but no facility was offered for those in Koothattukulam.

Though the authorities and police assured them that the matter will be brought to the attention of the government, the labourers continued with the protest. Following this, the police had to drive them away from the place.