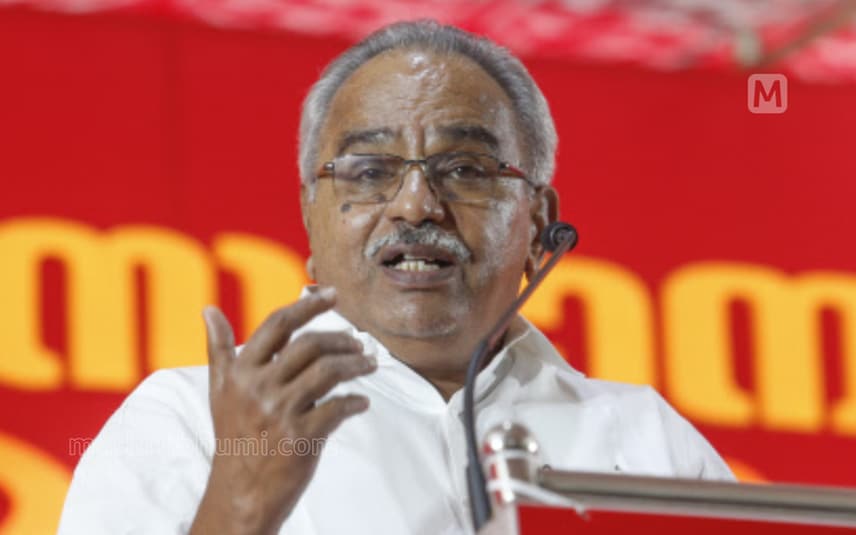 Alappuzha: CPI state secretary Kanam Rajendran on Thursday openly criticized Kerala Governer Arif Mohammad Khan over his ongoing row with the LDF government. His remark came while attending an event as part of the 76th anniversary of the Punnapra Vayalar uprising in Alappuzha.

He remarked that left parties see the post of the governor as an unwanted ostentation in the changing times. "There is a government here elected by the people. Who gives him authority to question constitutional and democratic rights of a government."

He also criticized Khan for asking Kerala Chief Minister to demand the resignation of Finance Minister KN Balagopal. "So if that is the case, will Khan step down from his role, if the people in Kerala withdrew pleasure given to the governor?" Kanam asked.

Kerala Governor's deeds are against the Constitution, says CPI leader amid varsities row