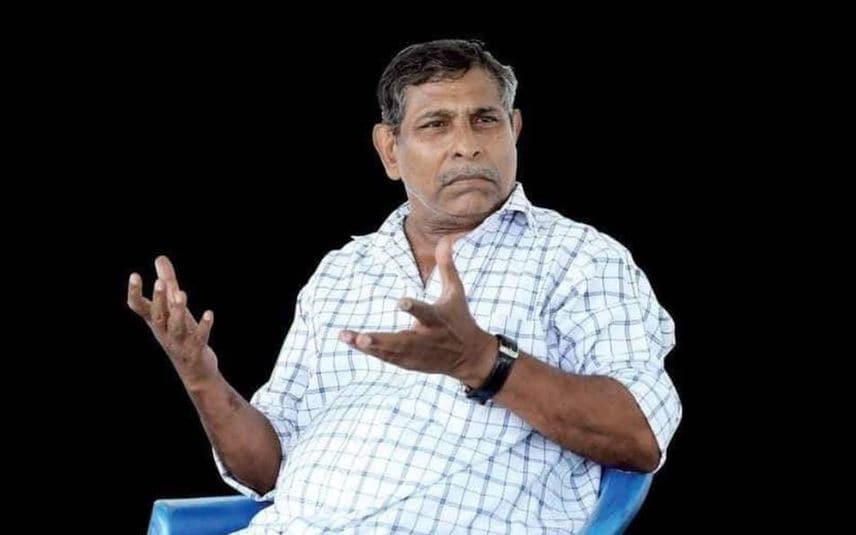 Malappuram: Makkaraparamba Kavungal Abdul Aziz alias Malappuram Aziz (73), who played in the first Federation Cup football tournament in 1977, has passed away on Sunday.

Aziz, who played as a midfielder in the Santosh Trophy teams for Mysore, Services, Bengal and Maharashtra, refused to play in the Indian team despite being called up twice, including for the 1975 Indonesia Hallam Cup.

Soon after completing his 10th class education, he joined an army team in Bangalore. He also played for the Mysore Santosh Trophy team. Aziz was the captain of the Mysore team that defeated Bengal to win the Santosh Trophy in 1969. Later, he signed up with Mohammedan SC in 1974. He has played alongside Mohammad Habib, also known as Indian Pele, Syed Naimuddin and Tarun Bose.

He played for Mohammedans in DCM, Calcutta League and Sreenarayana Kannur tournaments. Following this, he also played for the Dhaka Mohammedans team. He left Mohammedans in 1981. He went on to win several accolades throughout his career before retiring.

K Cheku, a member of the Kerala team that won the first Santosh Trophy football title for the state, is his brother.

Palakkad: Police recovered four machetes, believed to be used by the assailants of SDPI worker Subair from a river here. The accused in custody, Ramesh, ..

New Delhi: Senior Congress leader KV Thomas has responded to the show-cause notice issued to him by the party's Central Disciplinary Committee, arguing ..

Kochi: Kerala High Court on Tuesday has extended the time for further probe in the actress sexual assault case of 2017 to May 31. The DGP was asked to ..

Palakkad: In a new development in the probe into RSS worker Sreenivasan's murder, police have retrieved crucial CCTV visuals showing the pursuit of the ..

Palakkad: Expressing protest over the alleged political murder of RSS worker Sreenivasan, BJP declared that they are not willing to hold any conciliatory ..