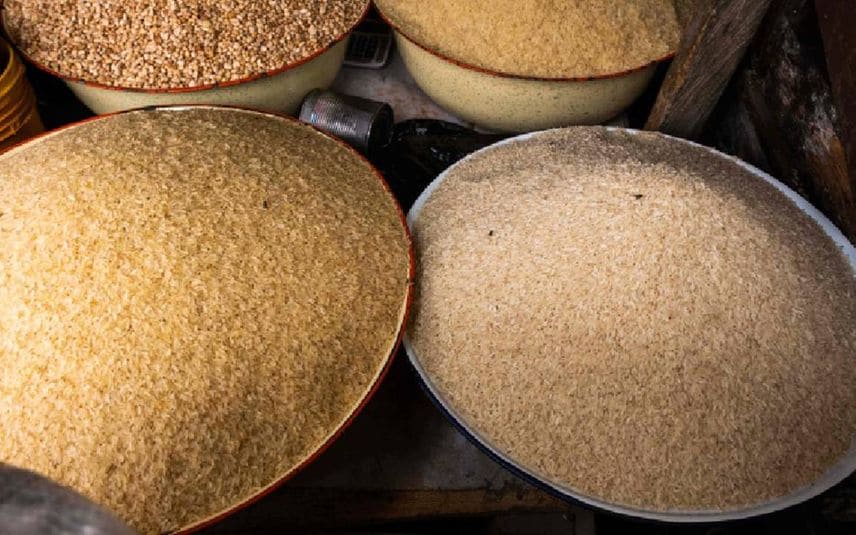 Thiruvananthapuram: Kerala has found solace in Andhra Pradesh as the price of essential commodities including rice is skyrocketing. The state government has decided to procure essential items like rice(Jaya variety), chickpeas, coriander and chilli to stabilise the food inflation.

The decision comes after the deliberation between Kerala Civil Supplies Minister GR Anil and Andhra Pradesh counterpart Karumuri Venkata Nageswara Rao. Though the two states entered into a deal, at least four months will be taken for the supply of rice due to the price hike.

Compared to the previous year, the price of rice has doubled in Kerala.

The price of the widely used Jaya rice variety in Kerala is around Rs 60 and it will continue to rise as supply as per the deal will take time. In the meantime, the government plans to procure other rice varieties.

As per the deal, Andhra Pradesh will produce Jaya rice exclusively for Kerala. The neighbouring state signed the MoU for supplying 46,100 metric tons of rice annually to Kerala.

As of now, Kerala has been mainly procuring Jaya rice from Karnataka, the minister informed. The Andhra Pradesh variety is of good quality and the rate of the procured rice will be decided soon, he added.

While adjudicating a case related to the Kerala Conservation of Paddy Land and Wetland Act 2008, the Kerala High court pointed out that Kerala was once self-reliant in paddy production. It listed the data on how land conversion affected paddy production. It also noted that now the state is relying on imports for 80 per cent of consumption.

During the announcement of Covid special packages in 2020, the Kerala government highlighted measures to improve paddy cultivation in the state. However, the follow-up of this move was not apparently promising.