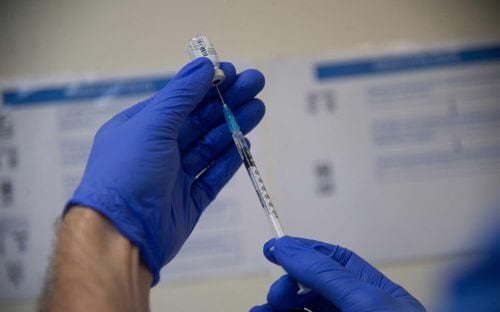 Thiruvananthapuram: A day after a 12-year-old girl died after being bitten by a stray dog despite having taken three doses of vaccine, state Health Minister Veena George on Tuesday asked the Union Health Minister to test the quality of the anti-rabies vaccine available in the state.

George said a letter was sent to Union Minister Mansukh Mandaviya to allay the fears of the people after five persons died in the state despite being administered the anti-rabies vaccine.

George said the letter was sent with the details regarding the vaccine and batch number.

The health department also launched a campaign to create awareness among the people on the steps to be taken in case of stray dog bites.

Meanwhile, the Kerala Government Medical Officers Association (KGMOA) denied allegations that there were lapses on behalf of hospital authorities where the girl was initially treated.

"The general hospital at Pathanamthitta provided the treatment regime accepted world-wide for the child. It was unfortunate that the child lost her life despite receiving treatment and vaccines," KGMOA said in a statement.

The KGMOA also said that the child had grievous injuries on her face and eyes through which the infection can quickly spread to the brain and might affect the nervous system before the medicines could take effect.

Health Department sources had earlier said that test results from the National Institute of Virology (NIV) in Pune, Maharashtra confirmed that the girl died due to rabies.

Doctors who treated the victim had told the media that the girl was bitten on the neck and face and therefore, it was easy for the virus to quickly reach the brain despite administration of immunoglobulins.

The parents of the girl alleged that they had first taken their daughter to the Perunad Community Health Centre in Pathanamthitta district of Kerala on the morning she was bitten, but it had not been opened then.

The girl, a native of Ranni in Pathanamthitta district of Kerala, was bitten several times by a stray dog when she had gone to buy milk on the morning of August 14.

After being bitten she had received three doses of the anti-rabies vaccine till date and was scheduled to get the fourth one on September 10.

However, on the evening of Friday last as her health deteriorated, she was taken to the Pathanamthitta General Hospital, but since her condition was serious she was then shifted to Kottayam Medical College.

On Saturday, the health minister had ordered the setting up of a medical board to treat the 12-year-old child.

Cow dies due to rabies infection in Kannur