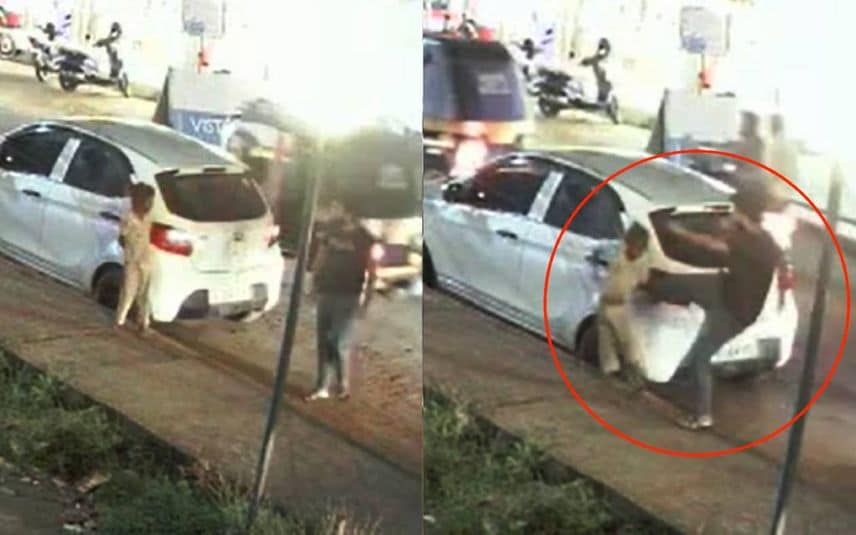 Kannur: A shocking video of a youth's brutal attack on a six-year-old boy has surfaced. According to reports, the incident took place at Thalassery here on Thursday.

In the video, Ponnyampalam native Sihshad was seen kicking a migrant boy who was leaning on his car. The cruel act of the youth made headlines soon after the CCTV visuals come out. Police have arrested Sihshad. Police informed that they arrested the youth and slapped non-bailable charges including attempt to murder. His car was also seized following the arrest. Police took the action after the CCTV visuals of the incident went viral.

He attacked Rajasthan native Ganesh (6) who was playfully leaning on the man's car parked on the roadside.

It is reported that the child suffered a severe back injury. The boy was shocked after the attack. The visuals also show a woman accompanying the man get into the car without consoling the boy.

Some people who noticed the inhuman act rushed to the man and questioned him. But he justified himself and left the place immediately.

The boy Ganesh is a member of the family who migrated to Kerala in search of a job.