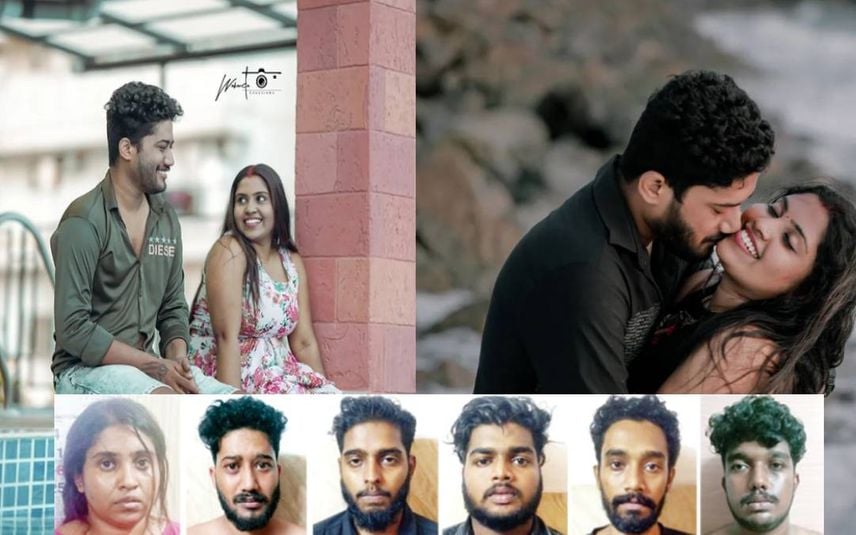 Palakkad: The police here booked six persons in a case pertaining to honey-trapping an industrialist. Devu and Gokul Deep, a couple who are popular as Instagram influencers were also arrested in the case. It is learnt that a four-member gang hired the couple to trap the industrialist. The other accused are identified as Pala native Sarath (24), Irinjalakuda natives Ajith (20), Vinay (24) and Jishnu (20).

The group embezzled his gold chain, car, mobile phone, debit/ credit cards, official documents and cash after threatening him by capturing his photos and videos. However, the industrialist could escape when the group was taking him to their flat in Kodungallur for looting more from him. After escaping from their grip, the industrialist reached Town South police station and lodged a complaint there.

Four minor girls raped in TVM convent after forcing them to drink liquor; 4 men under custody

Party flags should not be placed in front of industrial units: Minister ...