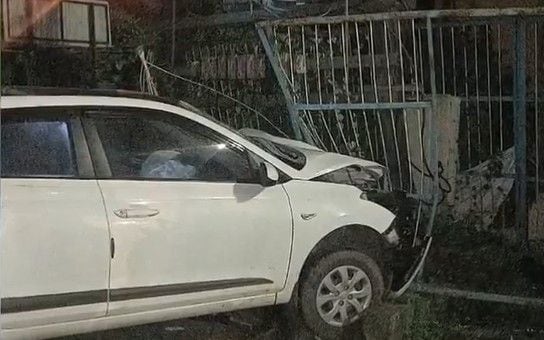 Kottayam: An inebriated man who exited from a bar got into another car thinking it was his and started driving it, causing panic for the passenger inside the car. When the people inside the car cried out loud, the car lost control and rammed into the transformer nearby. The incident took place in Chottanikkara on Thursday night.

Chottanikkara native Ashley, after exiting a bar in a drunk state, got into a car parked nearby and started driving it. The car belonged to another man who left his wife and child in the car before going to a shop near the bar. As the keys were inside the car, Ashley, who was in a completely drunken state, started driving it without a care in the world.

Ashley panicked when he heard screams from inside the car. The car rammed into several spots along the way. The woman inside the car held on to the steering wheel and the vehicle ended up hitting the transformer. Ashley was later taken into custody by Chottanikkara police.

The woman inside the car has sustained minor injuries. The police confirmed that Ashley drove to the bar in the same model of car that met with the accident.

Feel pity for those who cannot understand what I wrote: Jaleel on ‘Azad ...