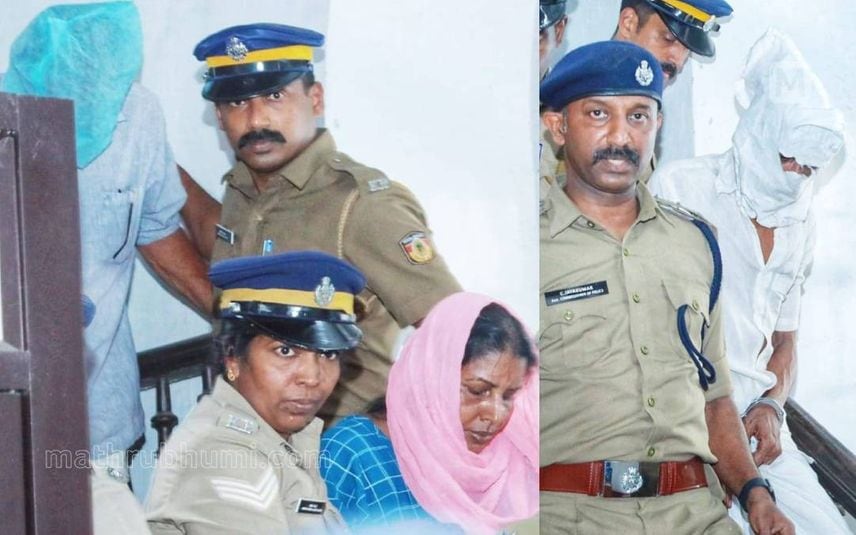 Kochi: The remand report of the accused in the brutal murder of two women in Elanthoor revealed the extent of the crime. The report acknowledges that murders were committed to appease a deity and achieve financial success.

The accused chopped their bodies into 56 pieces before burying them. Padmam, one of the victims, was tricked and brought to Elanthoor by Shafi, the prime accused, after assuring Rs 15,000.

After arriving at the house of Bhagaval Singh and Laila, she demanded money. Following this, Shafi suffocated her using a plastic bag and Padmam turned unconscious . Later, Shafi slit her throat and mutilated her private parts using a knife. After chopping the body, they buried it in the backyard of the house.

Rosily was brought to Elanthoor from Kottayam by Shafi after promising to pay Rs 10 lakh for a job. Upon arriving at the house, the accused tied her to a bed. Laila slit her throat and mutilated Rosily's private parts using a knife.

The police also presented the vehicle used by the prime accused, Shafi, to take the deceased to the house. The probe team will also examine whether the accused has other motives behind the murder.

The court sent the accused in remand for 14 days.

On Tuesday, Kerala police arrested three persons for allegedly murdering two women in a suspected 'human sacrifice' case. The crime that shook the conscience of Kerala took place over the past three months.